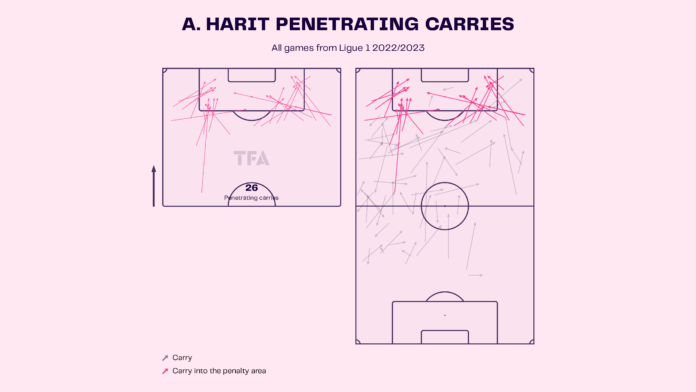 Amine Harit is a professional footballer who plays as a midfielder for Ligue 1 club Marseille. He has played ten matches domestically for the club this season, averaging 51 minutes per match. He prefers to play on the left side of the midfield and is more attack-minded as compared to playing as a holding midfielder. He has been a crucial addition to the team this season and has been providing much-needed support in the midfield. Unfortunately, it is doubtful if he will make a return to the team anytime soon in the new year, having suffered an ACL injury, which casts doubt on his current future.

In the 2022/23 season, Amine Harit has played six matches, plus four as a substitute. Amine has three shots on target from a total of five and has scored zero goals with an xG of 0.59. Amine Harit averages 40.7 passes per 90 minutes with a pass completion rate of 86.3% and has zero assists. He has been in decent form for Marseille and has been impressing in the middle given his natural footballing abilities. Below are some of the stats behind the player’s performance this season. 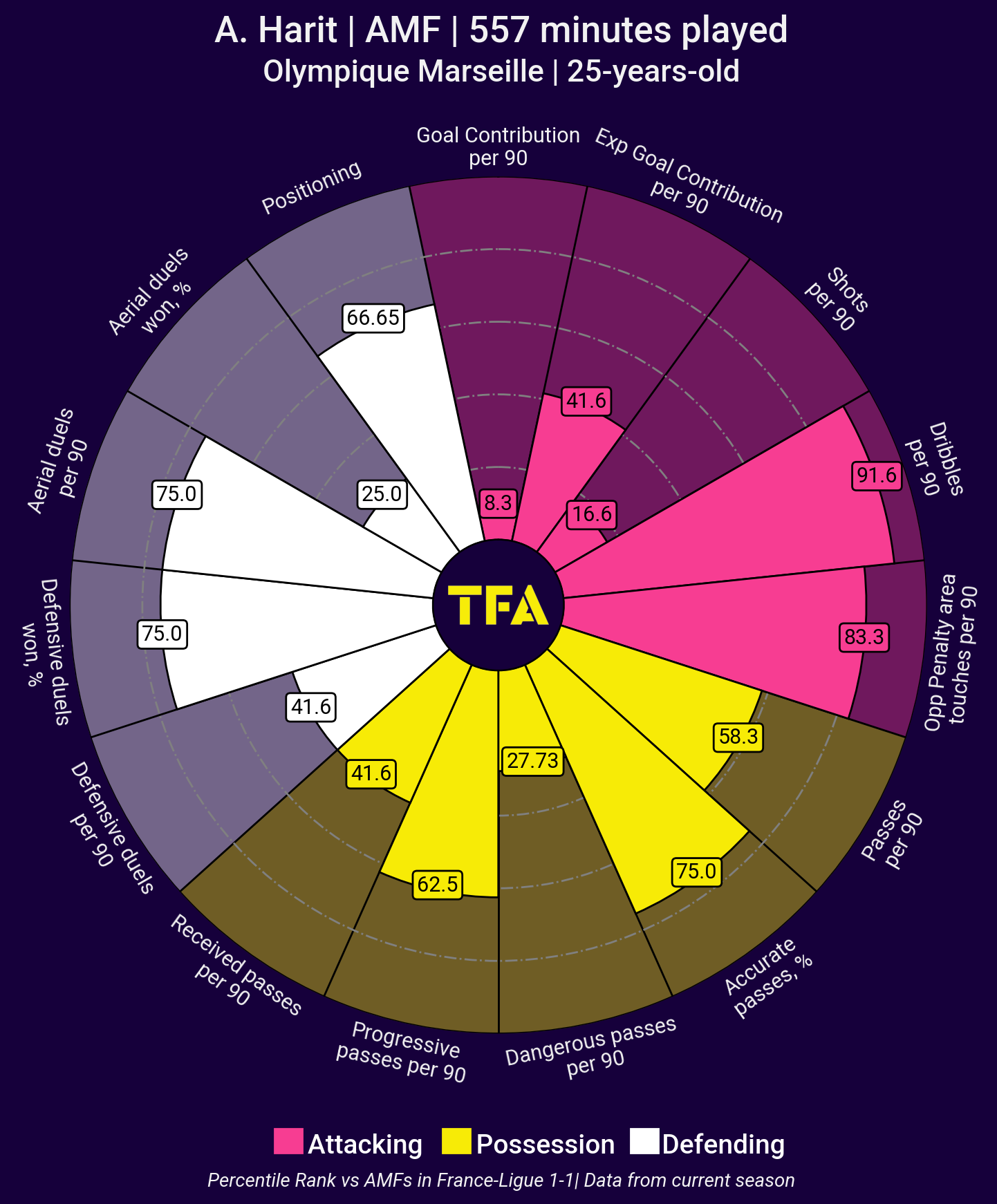 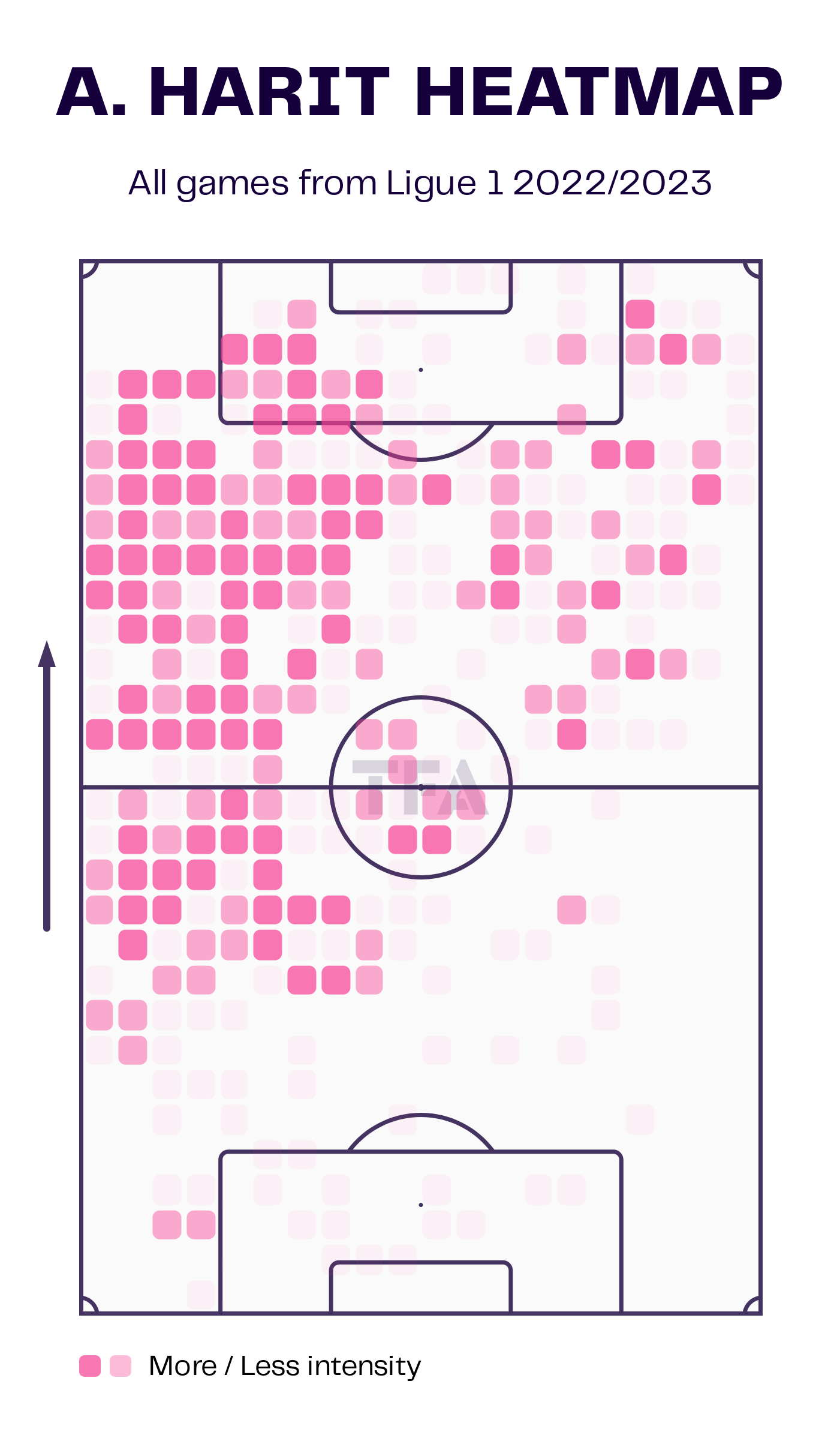 The above viz shows the percentile rank in comparison to the other attacking midfielders in the league. The player’s possession stats are in a good range for a midfielder. He is ranked highly for accurate passes. The player’s ability to defend has been extraordinary. He is ranked high for defensive and aerial duels won, and this has been a crucial advantage for the player and his team. In terms of attack, he has shown impressive ability with the ball and ranks in the top 91.6 percentile for attempted dribbles per 90 minutes.

Amine Harit covers the left half in the middle third for Marseille. He performs offensive duties as a midfielder, and most of his intensity can be seen in the middle and final third of the pitch for his team. Harit makes 5.49 dribbles per 90 with a 61.8% success rate. He gets 4.69 touches in the opponent’s penalty area per 90 minutes. The player tends to make progressive runs in the midfield, helping to bring the game into the opponent’s half and maintain possession. 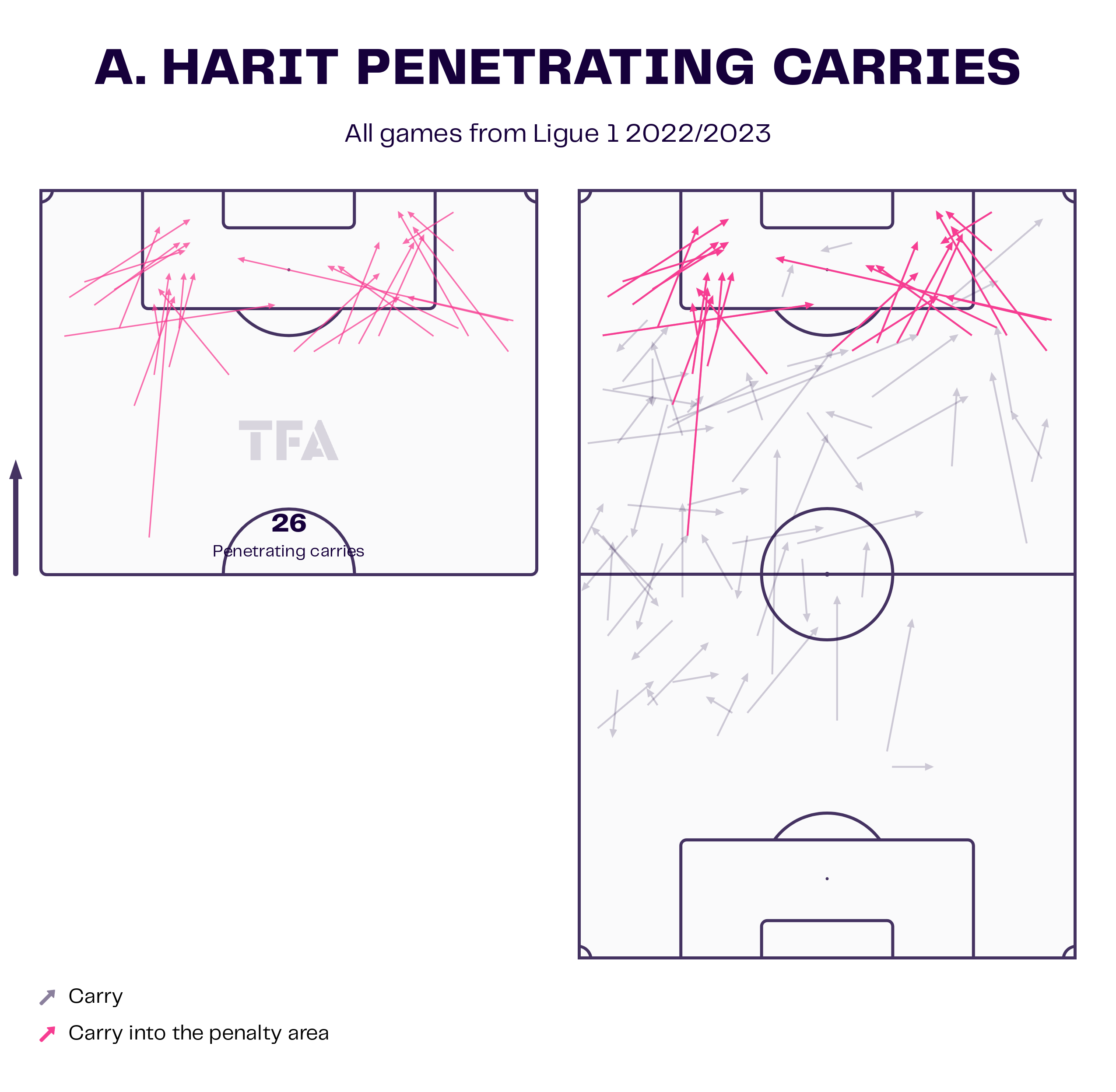 The above viz is a representation of the penetrating carries made by Harit for Marseille in the current Ligue 1 season. He has made a total of 26 penetrating carries, with a majority of them taking place on the left flank. He makes 2.59 progressive runs per 90 minutes and carries the ball from the middle to the final third. He attempts 1.29 crosses per game and is 37.5% accurate. The player also has 0.48-second assists per 90 minutes in the current season.

Progression up the pitch 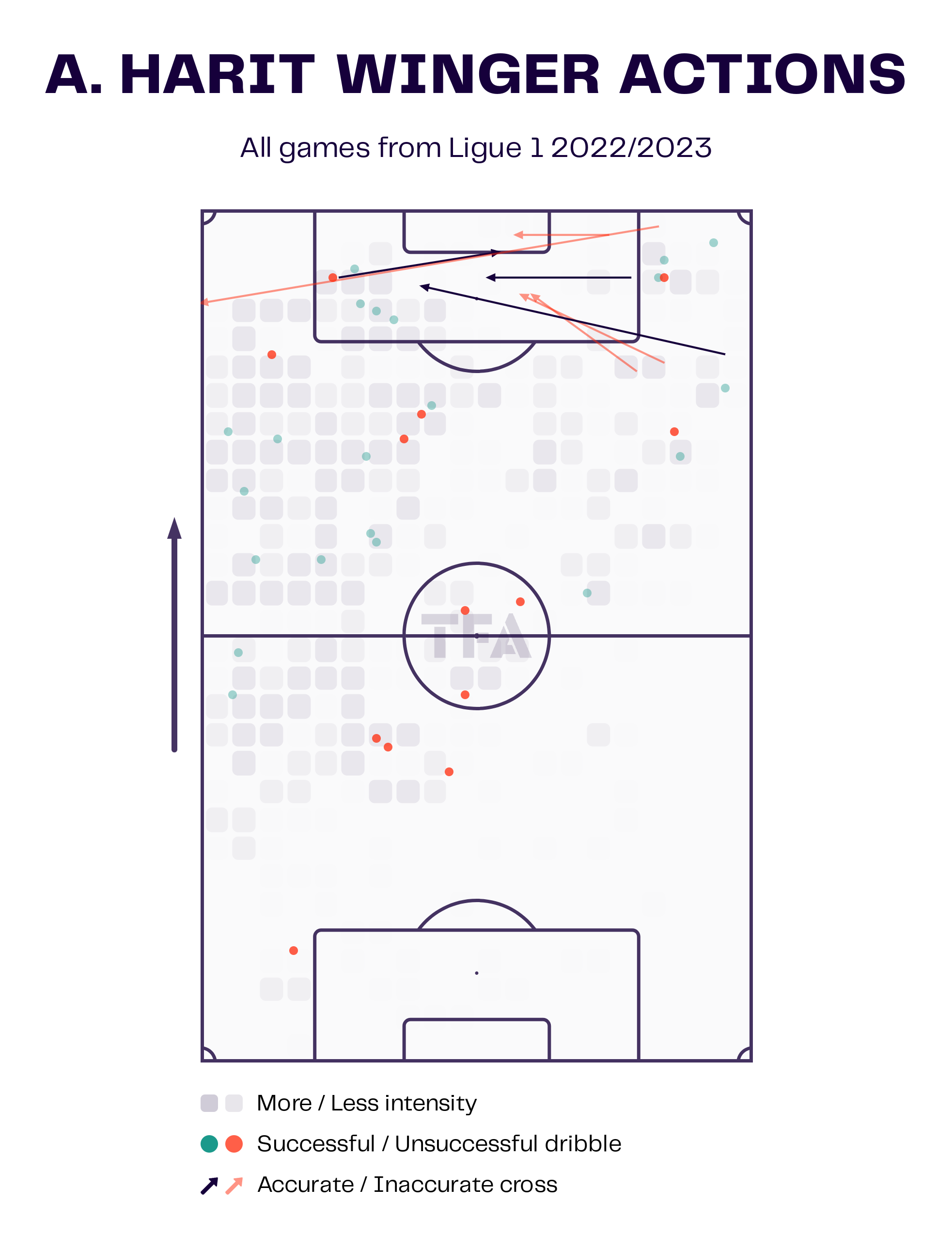 The above viz depicts Harit’s winger actions in the current Ligue 1 season. Amine attempts to dribble inside his defensive third as well as the final third. The number of successful dribbles is decent in his own half and goes on to increase in the middle and final third. There are many attempts to cut inside from the flanks on the right wing as well. Additionally, he makes 3.72 passes to the final third and 2.75 passes to the penalty area per 90, with an accuracy rate of 78.2 and 82.4 per cent, respectively. Additionally, he also makes 10.89 forward passes with a 91% rate of accuracy. 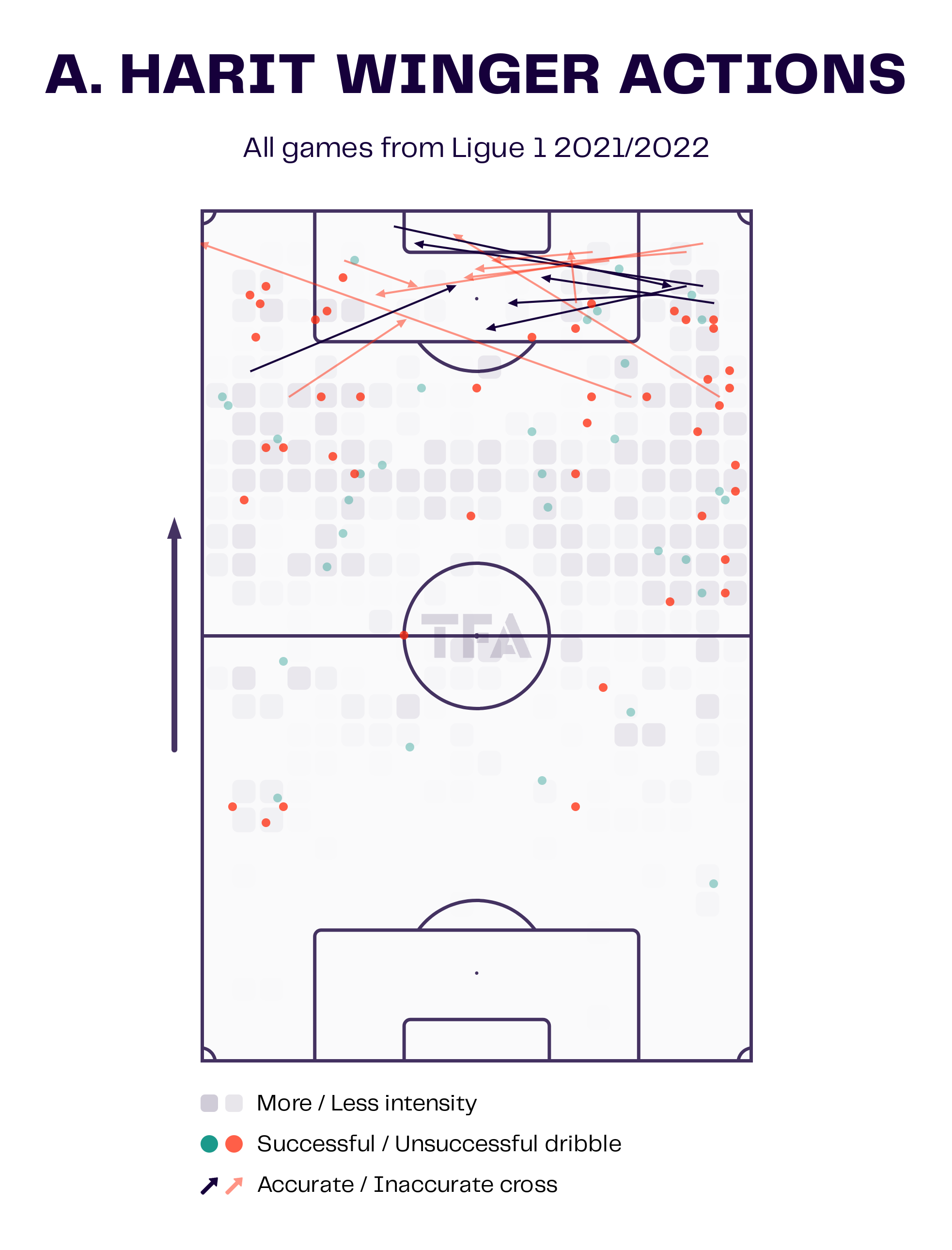 The above viz shows the winger’s actions in the previous season; it can be seen that he is active in all parts of the final third. He has more attempts at dribbling on the right flank as compared to the left flank in the 2022–23 season. He also makes ball progression centrally and attempts to cut inside from the flanks.

In the current season, his role is primarily on the left flank of the middle third, where he provides the necessary attacking power to allow ball progression through the centre. 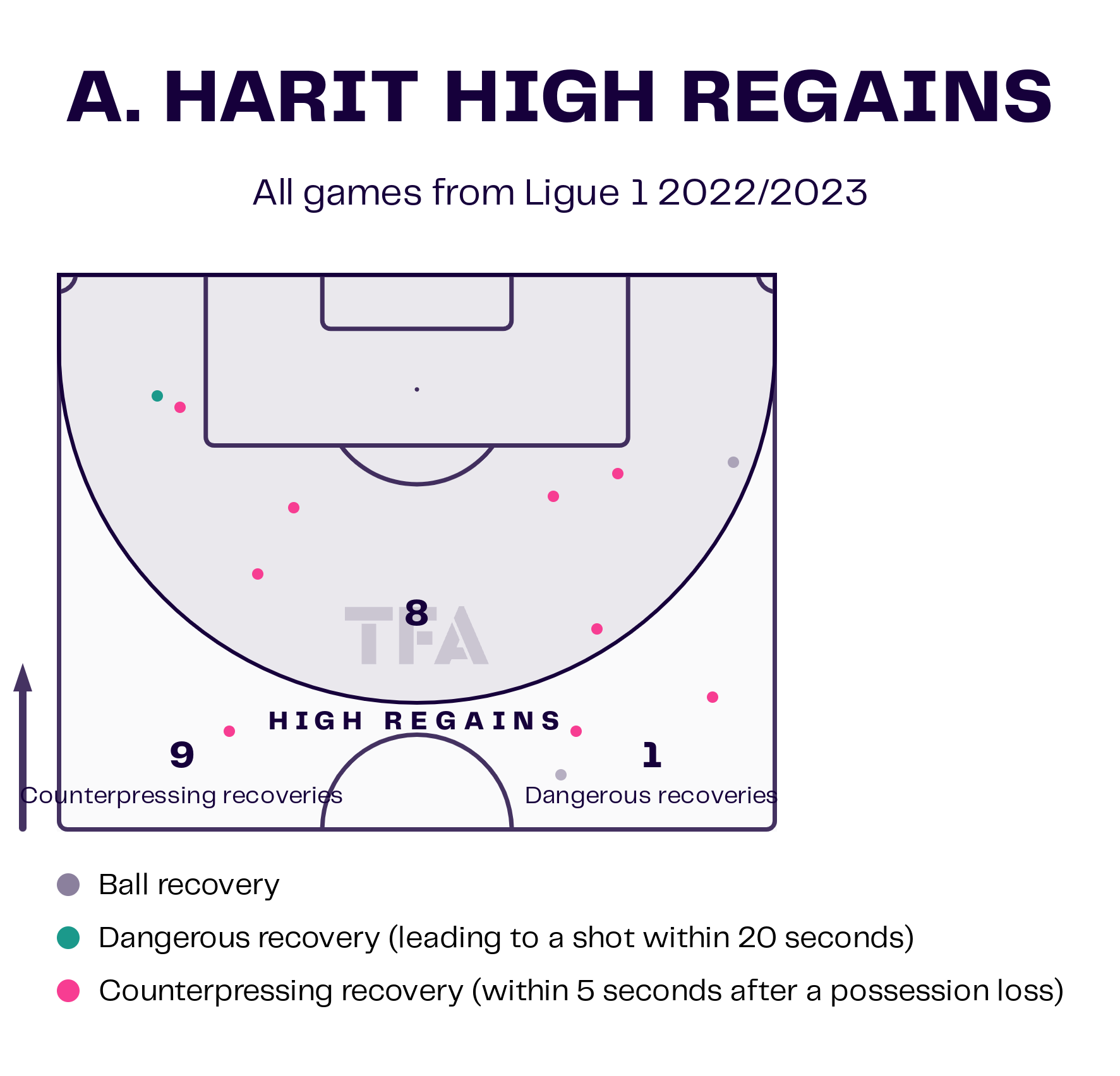 Overall, Amine Harit has been an important part of Marseille’s Ligue 1 season so far, providing support in the midfield and playing intelligent football to achieve success. His positioning, ball progression, and attacking nature have all contributed to some success in midfield for Marseille, and the team will be hoping to achieve a spot in European competition next season.

Under the microscope: Monaco’s race for a UCL spot

Transfer Analysis: What will the former Montpellier man add to Nantes’...