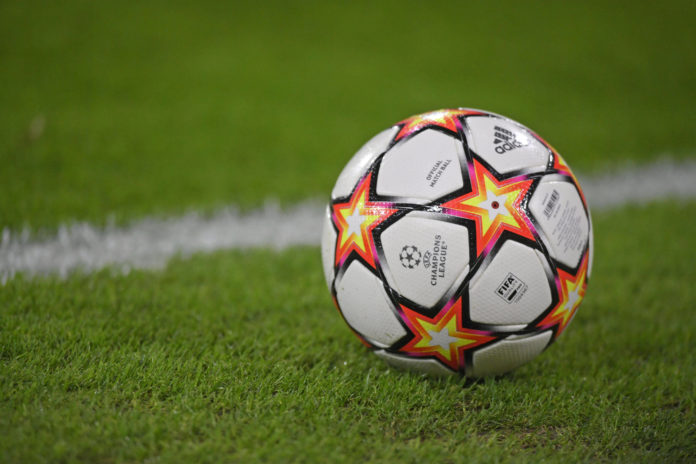 Arsenal is still interested in Lyon midfielder Houssem Aouar, according to reports from the last two summers.

According to Calciomercato, Houssem Aouar will leave Olympique Lyonnais this summer, with clubs in England and Italy interested.

Arsenal is the Premier League team said to be interested, while Juventus and Inter Milan are after the Serie A midfielder.

Aouar was arguably the closest to joining Arsenal during the 2020 summer transfer window.

The Gunners were strongly associated with Aouar and Thomas Partey over the summer months, even submitting official bids for Aouar, but they only ended up signing the Ghanaian.

Then, in 2021, Aouar on loan was named by trustworthy sources as one of Arsenal’s top possibilities if they fail to sign Martin Odegaard. Once again, the success of the Odegaard transaction appears to have put a halt to Aouar’s probable relocation.

In some ways, a move for Aouar in 2022 makes more sense than ever before.

He’s had more time to hone his skills, but he’s still only 23 years old. He only has a contract until 2023, and his preferred position is as a left-sided advanced center midfielder, where he has eight goals this season.

Granit Xhaka now plays as a left-sided number eight, but Aouar would be a more natural fit, especially offensively.

The only concern is whether Aouar is as well-suited to the defensive side of the assignment as someone like Xhaka is.

Perhaps that’s a trade-off Arsenal can make, but it’s a decision the hierarchy will have to make.

Due to Ainsley Maitland-Niles’ impending move to Roma, Mikel Arteta’s need for a new midfielder is high on the January transfer agenda, and the Lyon midfielder is viewed as the right type of player to come in mid-season and provide healthy competition to Granit Xhaka and co.

“Arsenal approached my agent, but no offer was made.” “My goal, as I told Juninho, is to win a trophy with Lyon,”

“It’s been a long time since the supporters have had one.” The Coupe de France, the Europa League, and the league are all available.

“It’s challenging given PSG’s current level, but anything is possible.

“My goal here [Lyon] is to win a title, but I’ve never hidden my desire to play in the Premier League.”

Despite many a transfer window hoping to see Aouar wear the red and white, it appears that it may now be his current teammate.

And Arsenal fans can thank the Frenchman for his enthusiastic endorsement of Guimaraes, which might go a long way toward convincing Edu to meet the rumoured £38 million asking price.

We’ll have to wait and see.