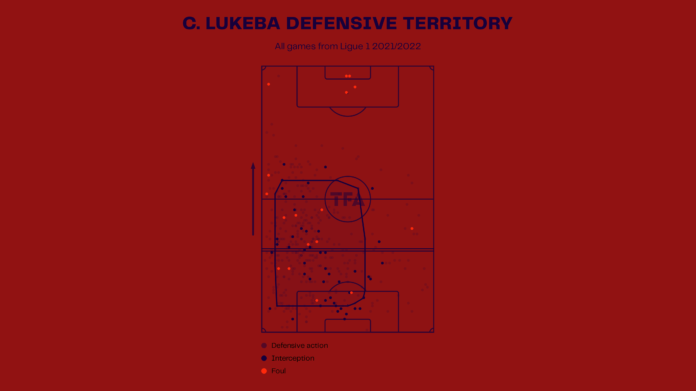 Lyon is known for nurturing young talents and turning them into superstars. The academy is famed for bringing in talents such as Karim Benzema, Houssem Auour, Nabil Fekir, and Malo Guevara, to name a few.

One such talent that emerged from the academy in the 2022/23 season is Castello Lukeba. The 19-year-old possesses extraordinary talent and has the potential to break into Ligue 1. Lyon has had good defenders in the past. The Lyon-based boy could soon be part of that elusive group.

The breakthrough into the first team

The first team was going through an injury crisis. It forced their manager, Peter Bosch, to turn to the youth academy. Despite a sketchy start to the season, the young centre-back worked hard at his game, and it paid dividends as the Frenchman cemented his spot in the starting lineup. In 31 matches played, he started 24 of them and was on the bench seven times. He kept seven clean sheets. The 19-year-old is an attacking threat too, as he scored two goals. Along the way, he was nominated for the Ligue 1 young player of the year award. 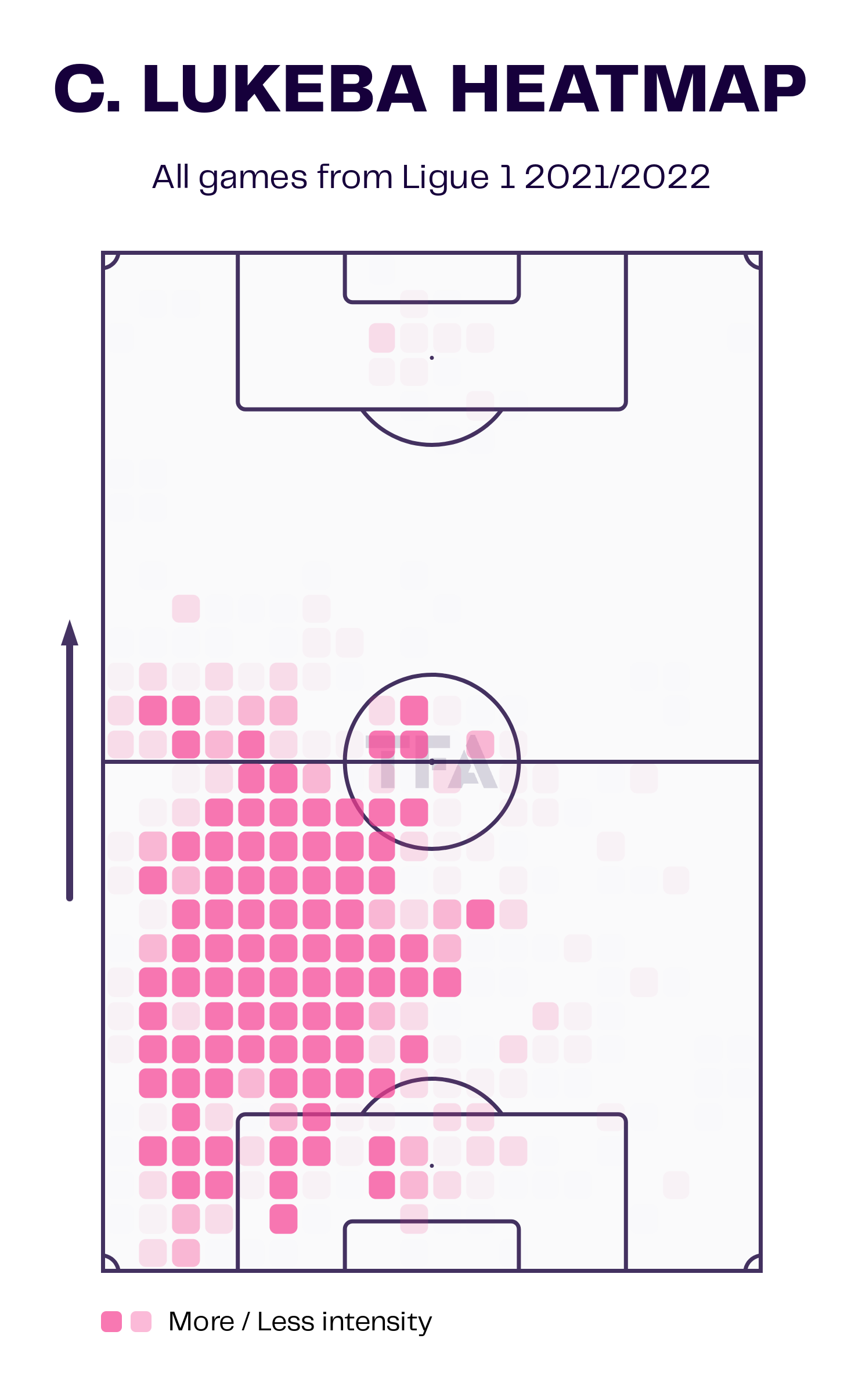 According to his heatmap from last season, he was used as a left centre-back. Despite this, he moves forward to assist his teammates. His heatmap, which is a dark pink box, shows where he made most of his actions in the form of defensive duties and passes. Lukeba is very comfortable with the ball at his feet. He is a progressive passer, as he makes passes in the attacking buildup of the play. Today’s defenders are required to be good ball carriers, and Lukeba excels at it.

What makes him a good defender 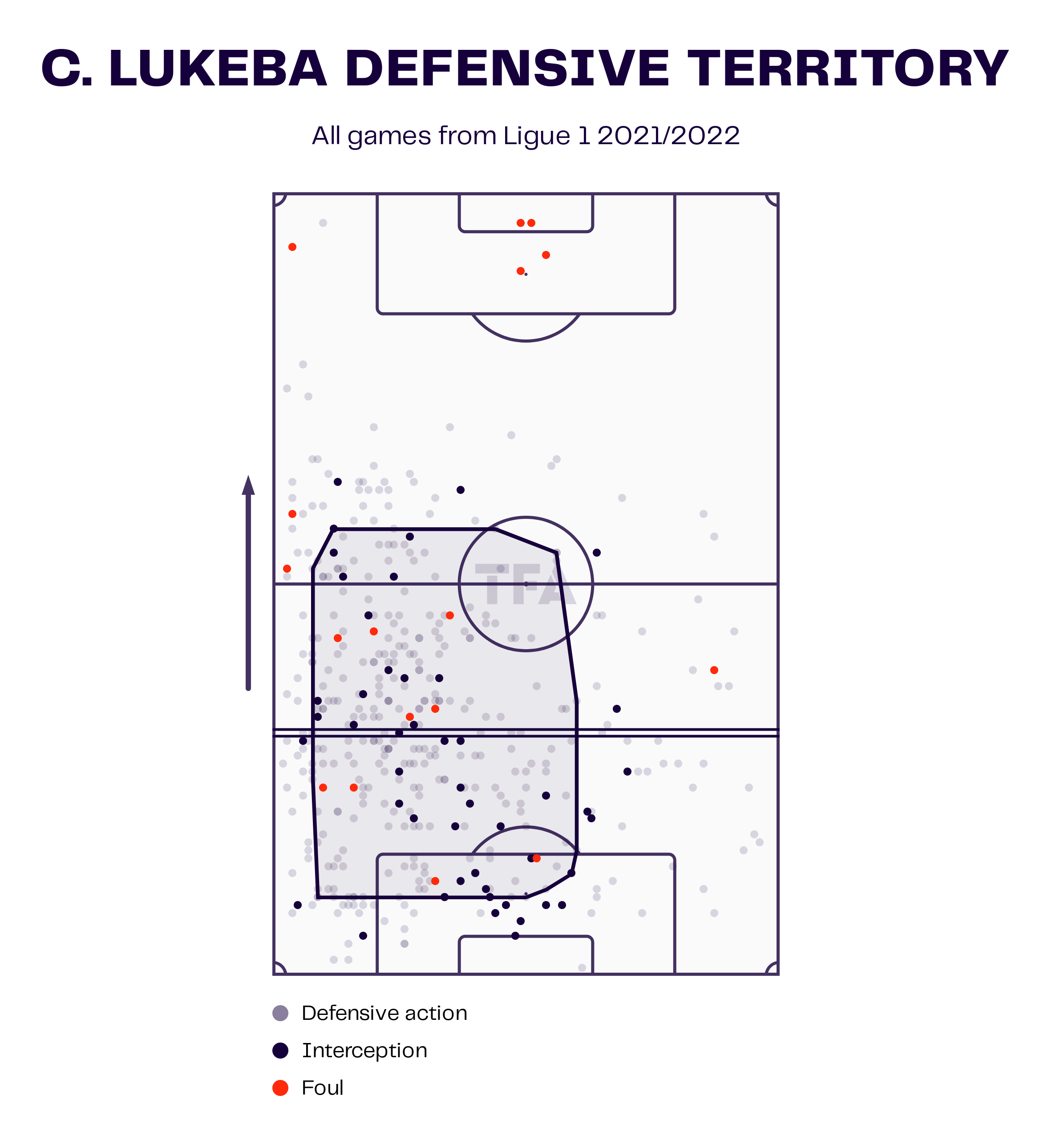 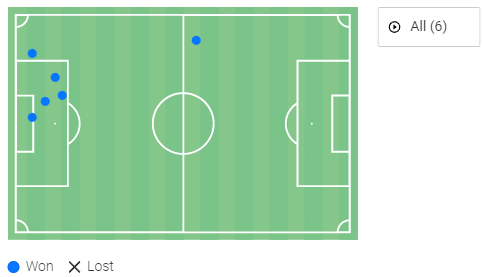 Last season, in a match against Clermont Foot in game week 31, the team won 2-1. The Frenchman made six successful interceptions, winning all of them. He made timely interceptions, mostly in the penalty area, and one in the middle third.

Using his intelligence and his physical presence, he is always in the right place at the right time to thwart any buildup of an attack. His main attribute is that he has the ability to read the game and thwart opposition attacks. He made 6.48 defensive duels per match, winning 71.9% of them. He is a very aggressive defender compared to the rest of his teammates.

How Lukeba is performing this season

This season, he has scored a goal in a 5-0 win against Angers. In 14 matches played in the Ligue 1 2022/23 season, Lukeba has helped his side keep three clean sheets. 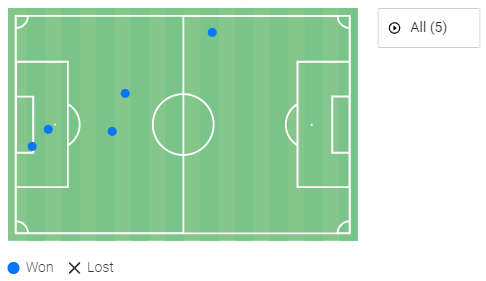 He made 4.04 interceptions per match. In a match against Nice in game week 14, which they drew, he made a total of five interceptions. Two were in the penalty area, two at the top of the defensive third, and one in the middle third. 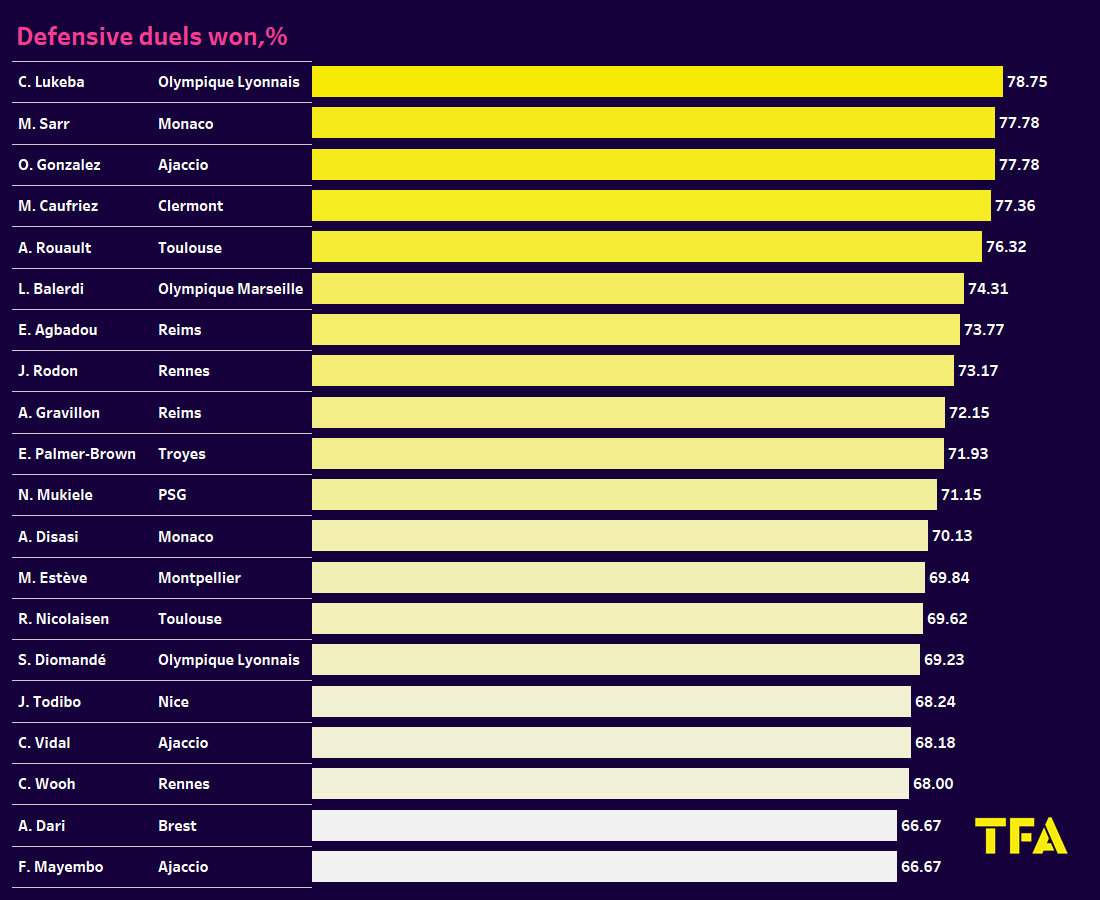 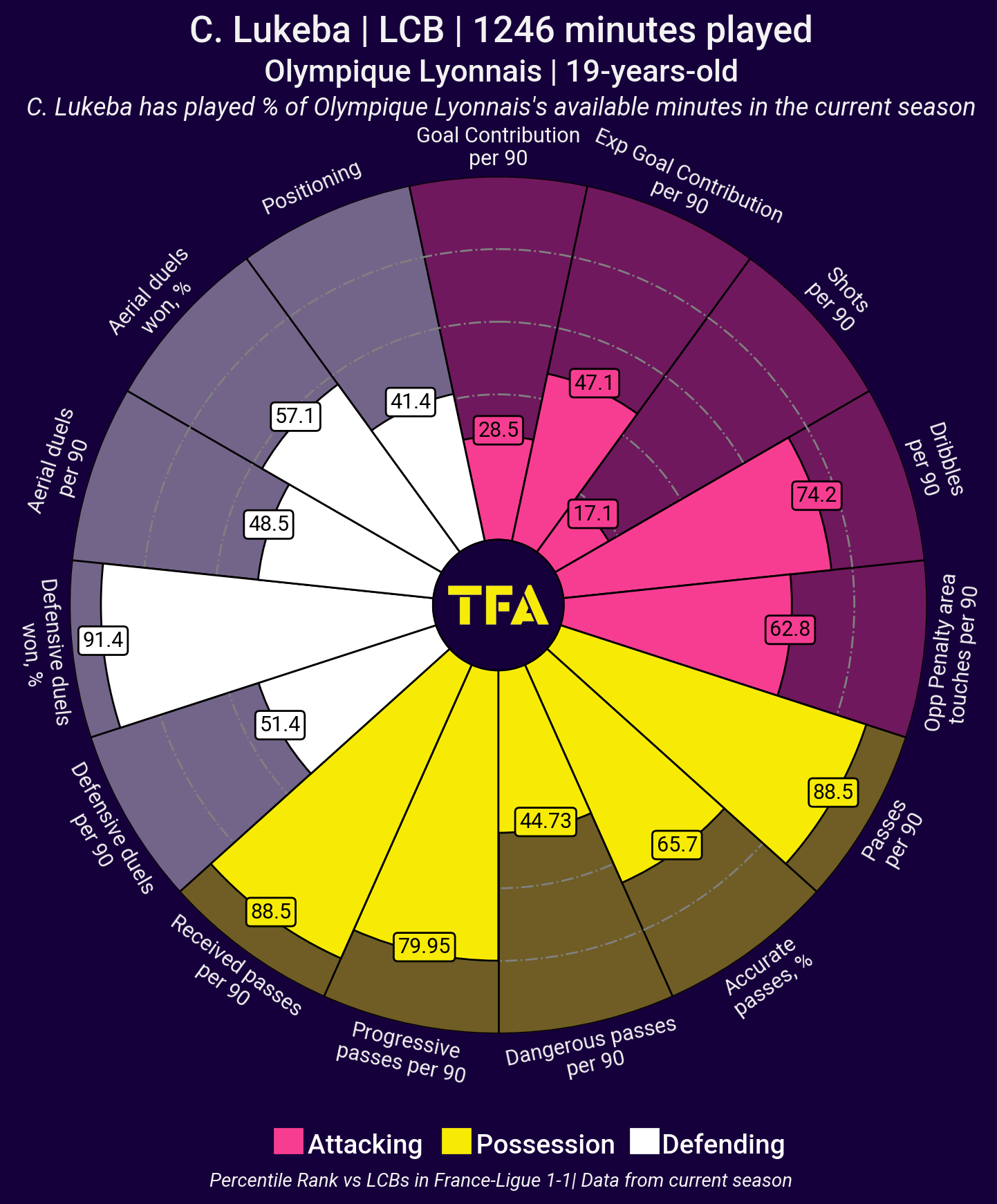 The pizza chart shows the percentile rank of Lukeba in comparison to the other left centre-backs in Ligue 1. Lukeba is clearly ranked very highly in the defensive duel he won. He is more known for his distribution of plays. This has resulted in a high percentile rank in the progressive passes made.

Seeing his stellar performance has put European clubs on red alert. Clubs like Chelsea, Manchester United and Real Madrid are closely monitoring his progress. Though the 19-year-old is far from a finished product, his steady growth at Lyon has made him one of the most sought-after prospects in French football.

Visuals via Wyscout and the TFA data viz engine