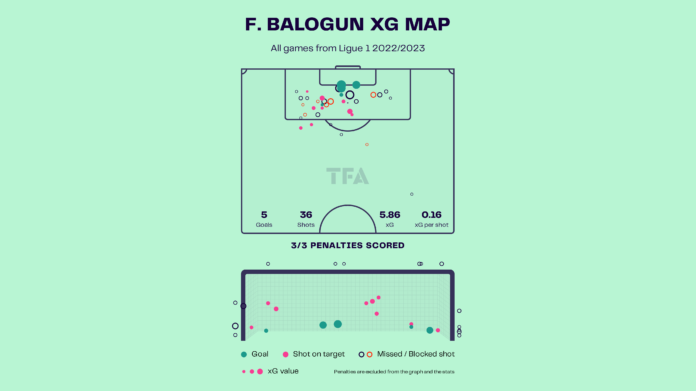 Folarin Balogun is a professional footballer who plays as a striker for Ligue 1 club Reims, on loan from Premier League club Arsenal. Born in the United States, he represents England at the youth international level. Balogun is now on loan at Reims and has enjoyed a record-breaking start to his time at the Stade Auguste Delaune. The 21-year-old scored a goal in each of his first three Ligue 1 appearances, becoming the first player to do so for Reims since Jacques Vergnes in 1975. He’s scored three more goals since then. Balogun is known for his pace, technique, and two-footedness. Reims currently occupies a healthy mid-table position in Ligue 1, and the forward also has eight goals to his name in the competition this season, well on his way to double figures. We now look at some of the stats that show why Florien Balogun has been impressing Reims fans this season. 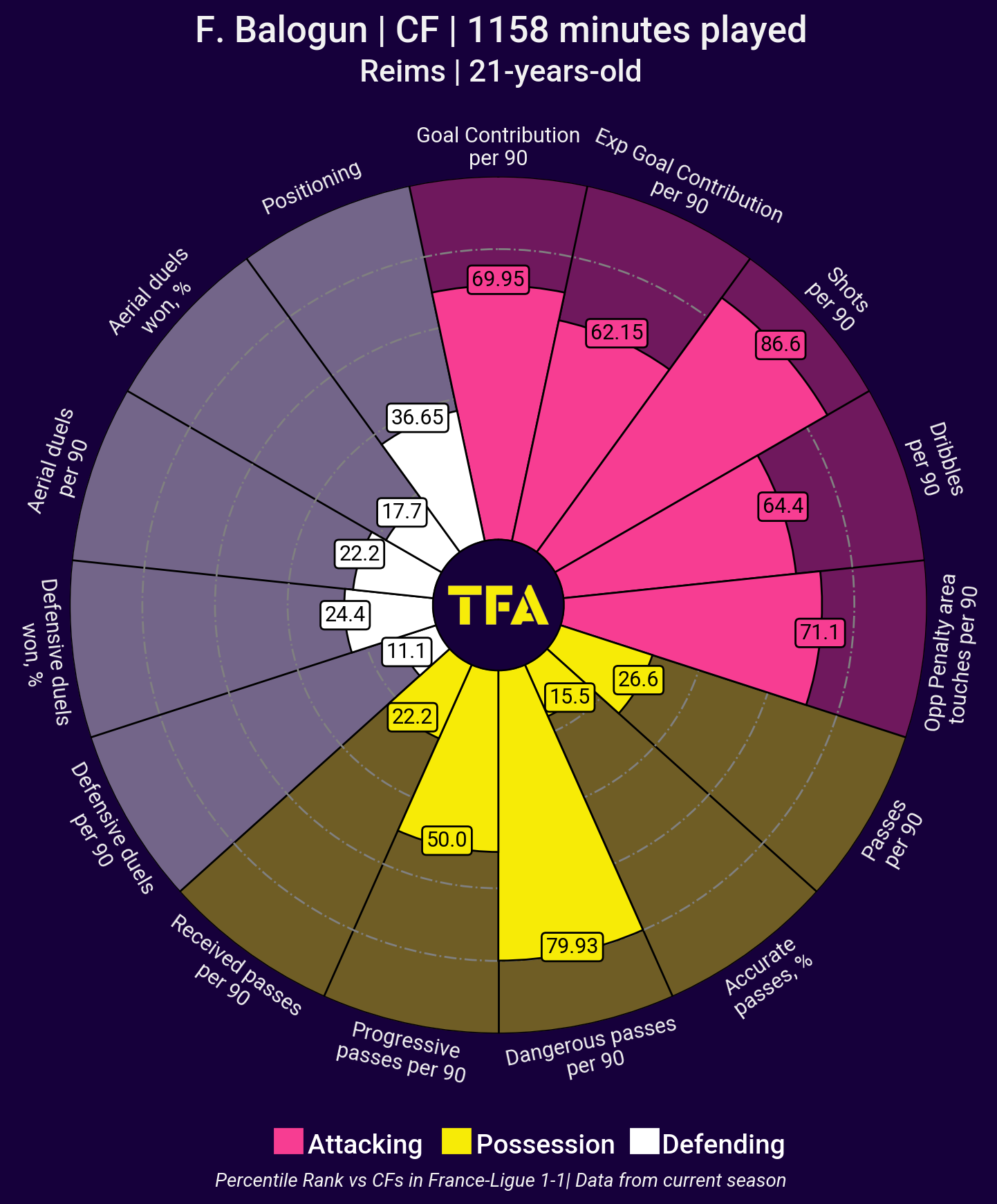 The above viz is a representation of Folarin Balogun’s plays for Ligue 1 club Reims. It shows the stats of the player in comparison to the other players featured as centre forwards in Ligue 1. He has made 15 appearances so far. It can be observed that Balogun has many attempts and has a high percentile rank for shots per 90. He also makes plenty of dangerous passes per 90. Defensively, Balogun is not very strong, which is also because he is a centre forward. Balogun is also not apt in terms of aerial duels and is not very sound in the air. 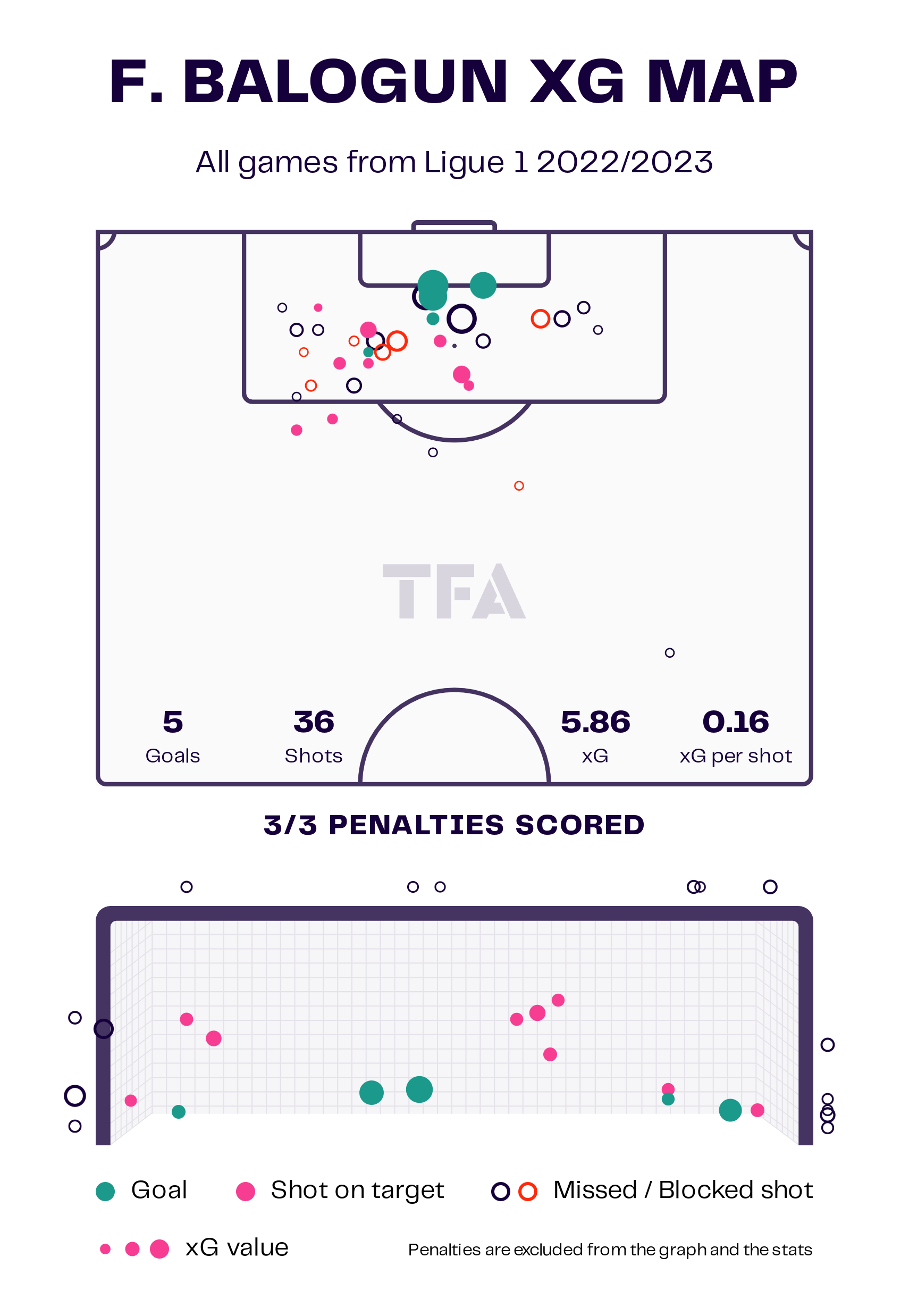 In the French Ligue 1 season 2022/23, Folarin Balogun has played 12 matches (plus three as a sub). They have 17 shots on target from a total of 31 and have scored eight goals (6.91 xG). Folarin Balogun averages 13 passes per game with a 68% completion rate and one assist. From the above viz we can see that all of his goals have come from inside the box. Additionally, he has made most of his attempts from the left part of the final third just outside the 6-yard box.

Progressing with the ball 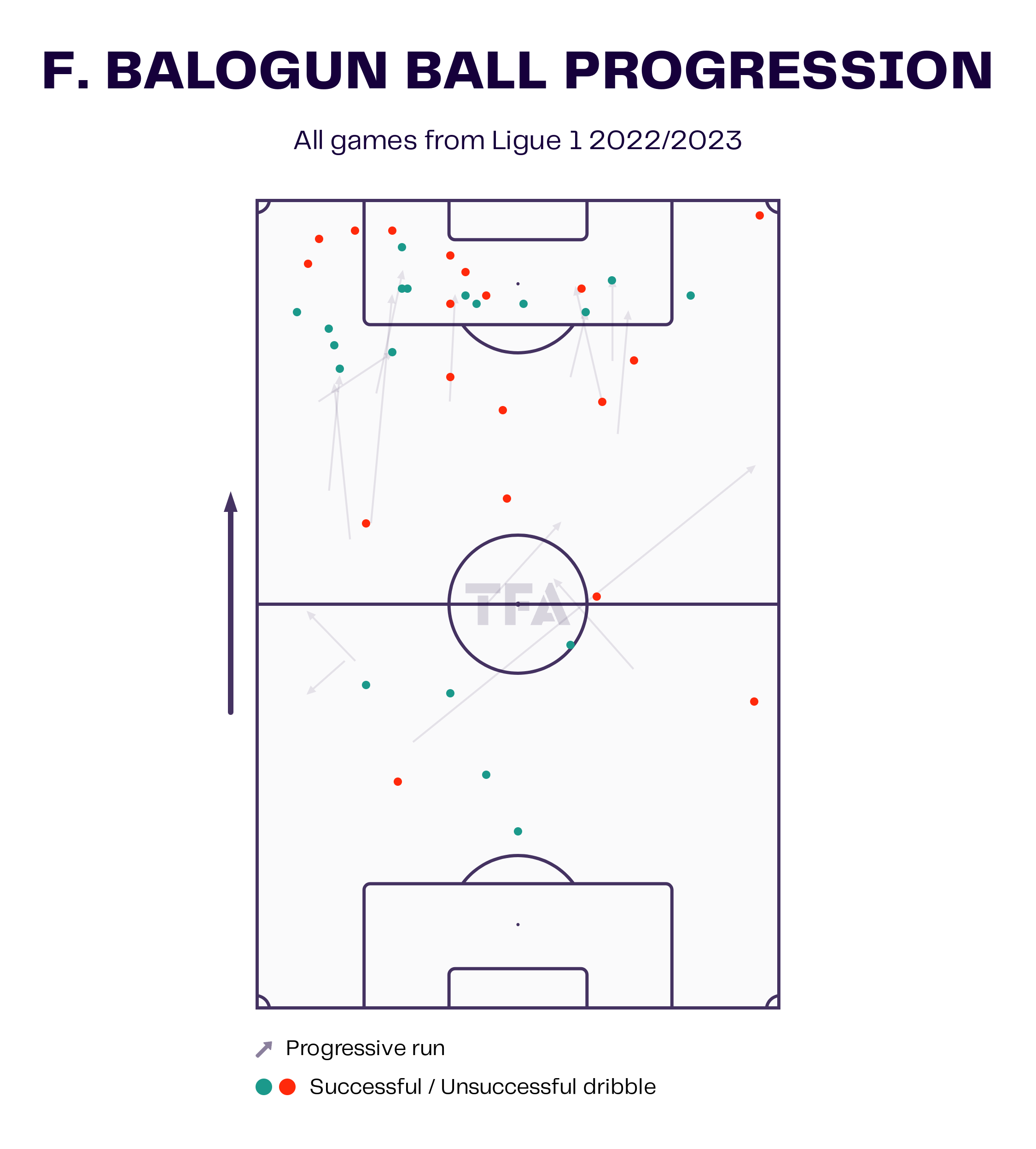 The final third is where Balogun’s attacking pace and efficiency in turning to position for opportunities become clear. The American moves quickly forward in the opposition’s half, swiftly breaking lines and slicing through channels. Balogun’s positioning off the ball is the key to his success in the final third. In the above viz it can be observed that Balogun completes many successful dribbles in the opponent’s half, especially inside the final third and opponent’s box. His positioning near the left side of the final third can be seen from where he tends to cut in or attempt a shot. 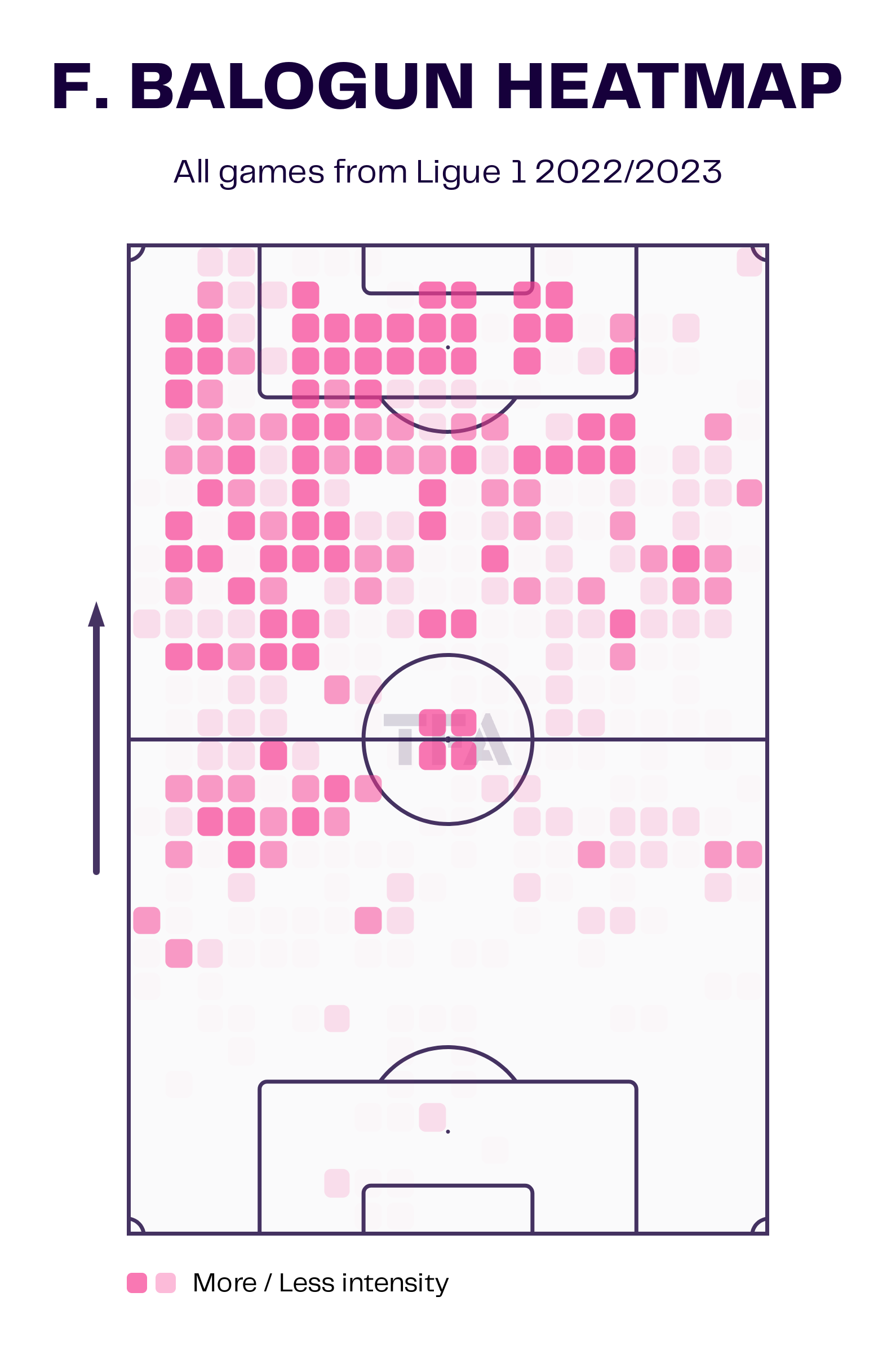 The above viz is a representation of the heatmap for Folarin’s 2022–23 Ligue 1 season with Reim. It can be seen that Balogun is running all over the pitch in the final third, especially on the left side of the final third. He displays more intensity in the middle of the opponent’s box and often is ready to receive a pass in that area. Balogun’s presence on the pitch has been a blessing for Reims.

Reims are currently in 11th position in the 2022–23 French Ligue 1, with 17 points from 15 matches played. They have won three matches, drawn eight, and lost four. They have scored 16 goals and conceded 21. Out of these, Folarin Balogun has come to the rescue for Reims in most of the matches. Till now, Balogun’s contribution in terms of goals has brought in more than eight points for the French club. These eight points are what separate Reims from relegation this season. Folarin Balogun is clearly a crucial part of the current Reims team and is helping the French side put up the necessary points on the board.

Transfer Analysis: What will the former Montpellier man add to Nantes’...

PSG match against Strasbourg postponed due to Coronavirus concerns