Monaco and Nice met in the first Derby de la Côte d’Azur of the season, at the famed Stade Louis II. The home side had yet to win a match in what was beginning to look like yet another tumultuous year after barely staving off relegation last season. The loss of a number of breakout players a couple summers prior has been followed up with Monaco struggling to effectively replace the missing pieces.  Nice meanwhile were looking to maintain a spot near the top of the Ligue 1 table, have collected 12 points in their first six matches.

This tactical analysis will examine the fluctuating yet efficient tactics Monaco utilised to take a coveted three points in this fierce, physical rivalry match. 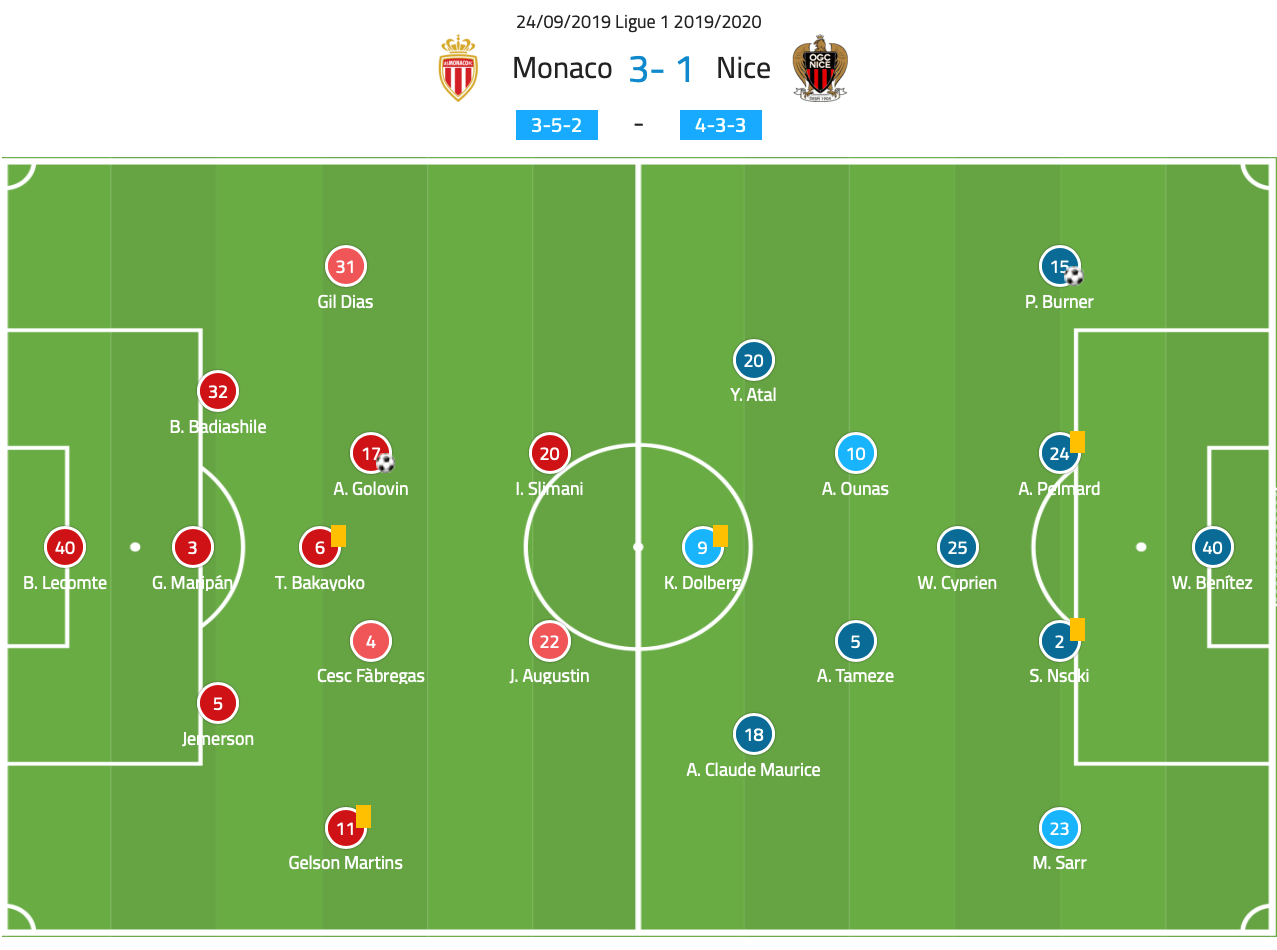 Jardim opted for his squad to play in a back three/back five formation. Jemerson and Guillermo Maripán completed the back line alongside Benoît Badiashile, as Kamil Glik was taken out of the starting eleven following a string of poor performances. A number of other usual starters, such as Fodé Ballo-Touré, Adrien Silva, and Wissam Ben Yedder, also began the match on the bench. Islam Slimani, who has seen a rise in form at his new club with three goals in three matches, started as the primary striker.

Patrick Vieira’s side ran out in primarily an attacking 4-3-3 formation with a flexible midfield. Malang Sarr began at left-back for his first start since matchday one. Central midfielder Wylan Cyprien and wide attacker Adam Ounas controlled possession in the middle third of the pitch. Youcef Atal and Kasper Dolberg started as part of the front three after both scored in Nice’s last match against Dijon.

To read the full tactical analysis of this match – Click here

If you love tactical analysis, then you’ll love the digital magazines from totalfootballanalysis.com – a guaranteed 100+ pages of pure tactical analysis covering topics from the Premier League, Serie A, La Liga, Bundesliga and many, many more. Buy your copy of the August issue for just ₤4.99 here.