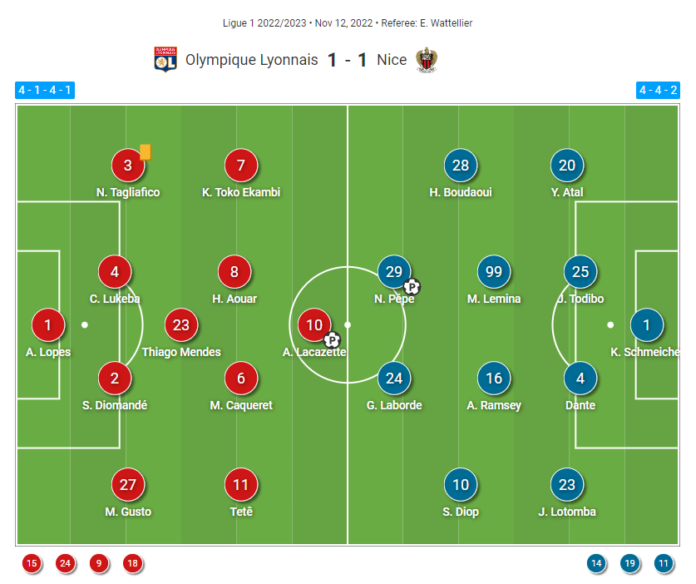 The match between Lyon and Nice took place at the Groupama Stadium in Ligue 1. Lyon is in eighth place in the standings, and Nice is in ninth place. Lyon were looking for a win to close the gap on the top four, and Nice, who were behind them, were looking for the same before they headed for a break.

The match between both ended in a 1-1 win. Nice thought that they won the match courtesy of Nicolas Pepe, but Alexandre Lacazette equalised at the last minute to give the home side a draw.

We’ve broken down all the key stats for you to digest, including:

*average positions, as well as much more!

We also tried to answer some questions for you with the visuals.

Which Lyon player made the most recoveries? What were the attacking zones for Nice?

To navigate the statistics gallery, click on the numbers to move through the pages.