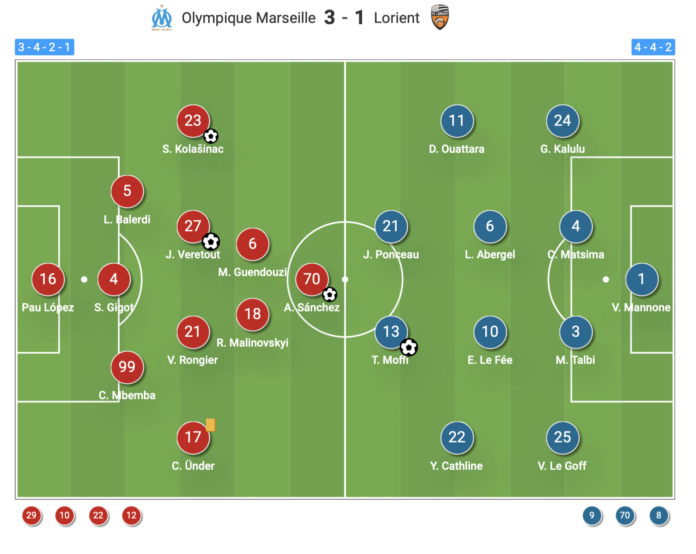 Third-placed Marseille remains hot on the heels of Lens in second after coming back from a goal down to beat Lorient three goals to one at home in Ligue 1 on matchday 19. Lorient took the lead after 29 minutes when Terem Moffi turned in his 12th league goal of the season. Marseille then came roaring back as Sead Kolasinac levelled with a header before the break, while Alexis Sanchez and Jordan Veretout struck in the second half to seal the points. The defeat kept Lorient in sixth place on 32 points, two adrift of Monaco in fifth, the UEFA Europa Conference League qualification spot, having played a game more.

How many passes were attempted to the final third by Lorient? Which Marseille player made the most impact?

To navigate the stats gallery, simply click on the numbers to move through the pages. 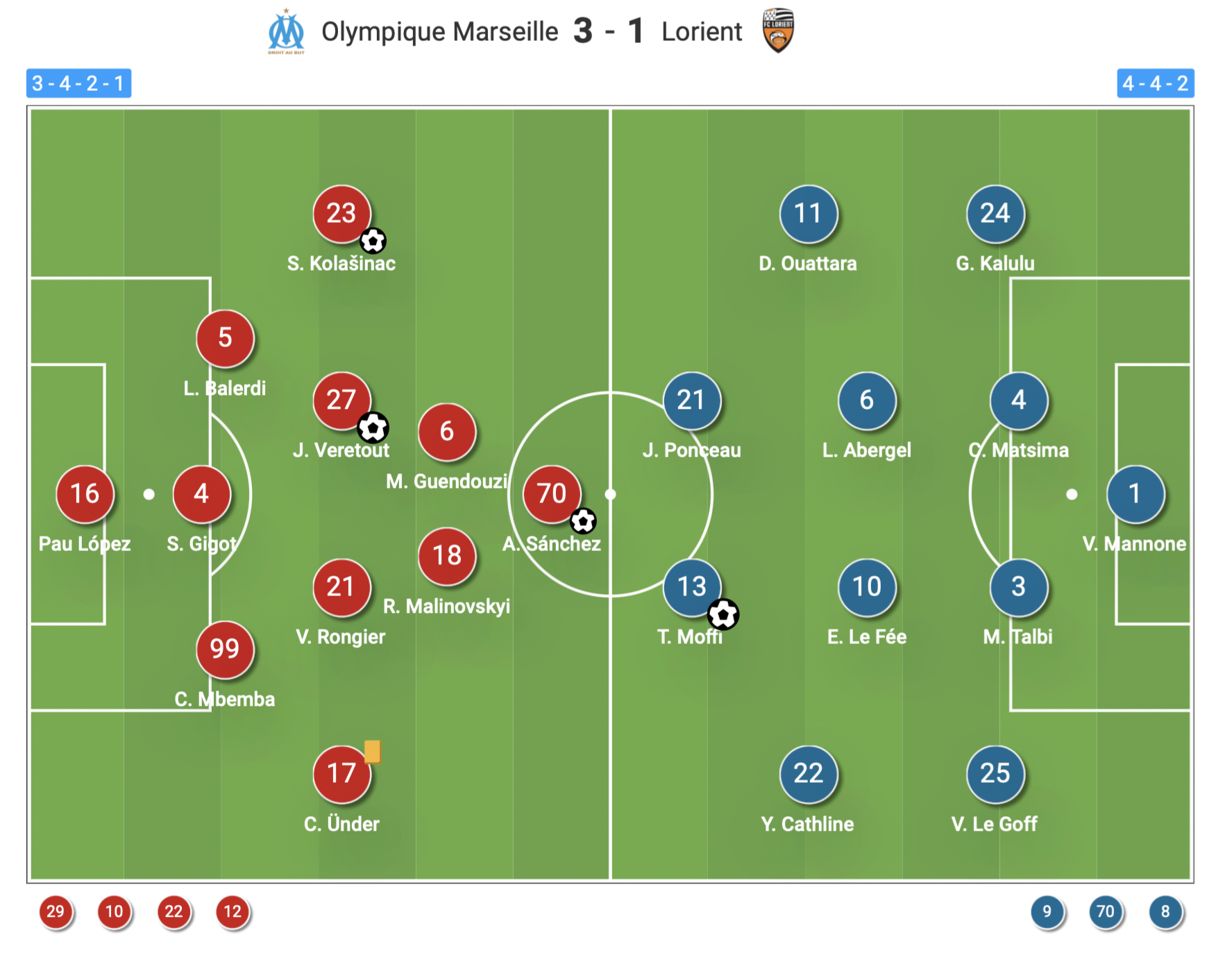 Under the microscope: How Rony Lopes has proven to be a...