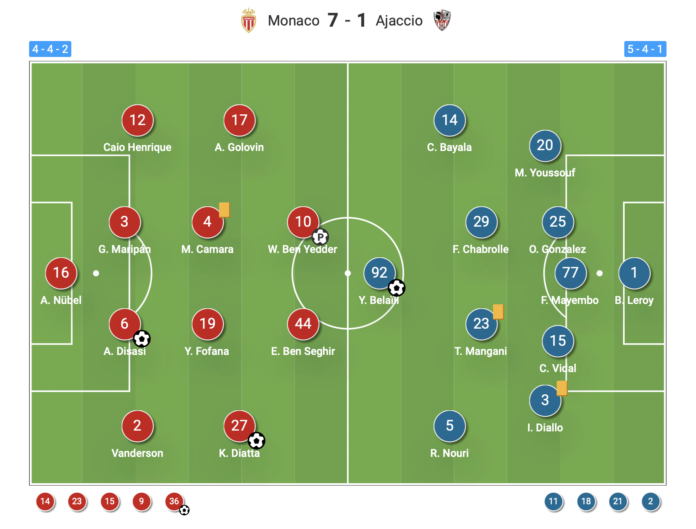 Monaco striker Wissam Ben Yedder scored a 14-minute hat trick as Monaco routed Ajaccio in a huge seven-goals-to-one victory on matchday 19 in Ligue 1. Monaco opened the scoring in the second minute through central defender Axel Disasi. Ajaccio was soon 2-0 down when midfielder Krépin Diatta tapped in Vanderson’s cross from the right. Algeria striker Youcef Belaïli replied for Ajaccio, but Ben Yedder scored in the 21st and 28th minutes with neat finishes before completing his second treble of the season with a penalty in the 35th minute. Substitute forward Breel Embolo added two late goals for Monaco. The result saw Monaco move up to fourth in the Ligue 1 standings with 37 points overall.

How many passes to the final third were attempted by Ajaccio? Who was the key player for Monaco? 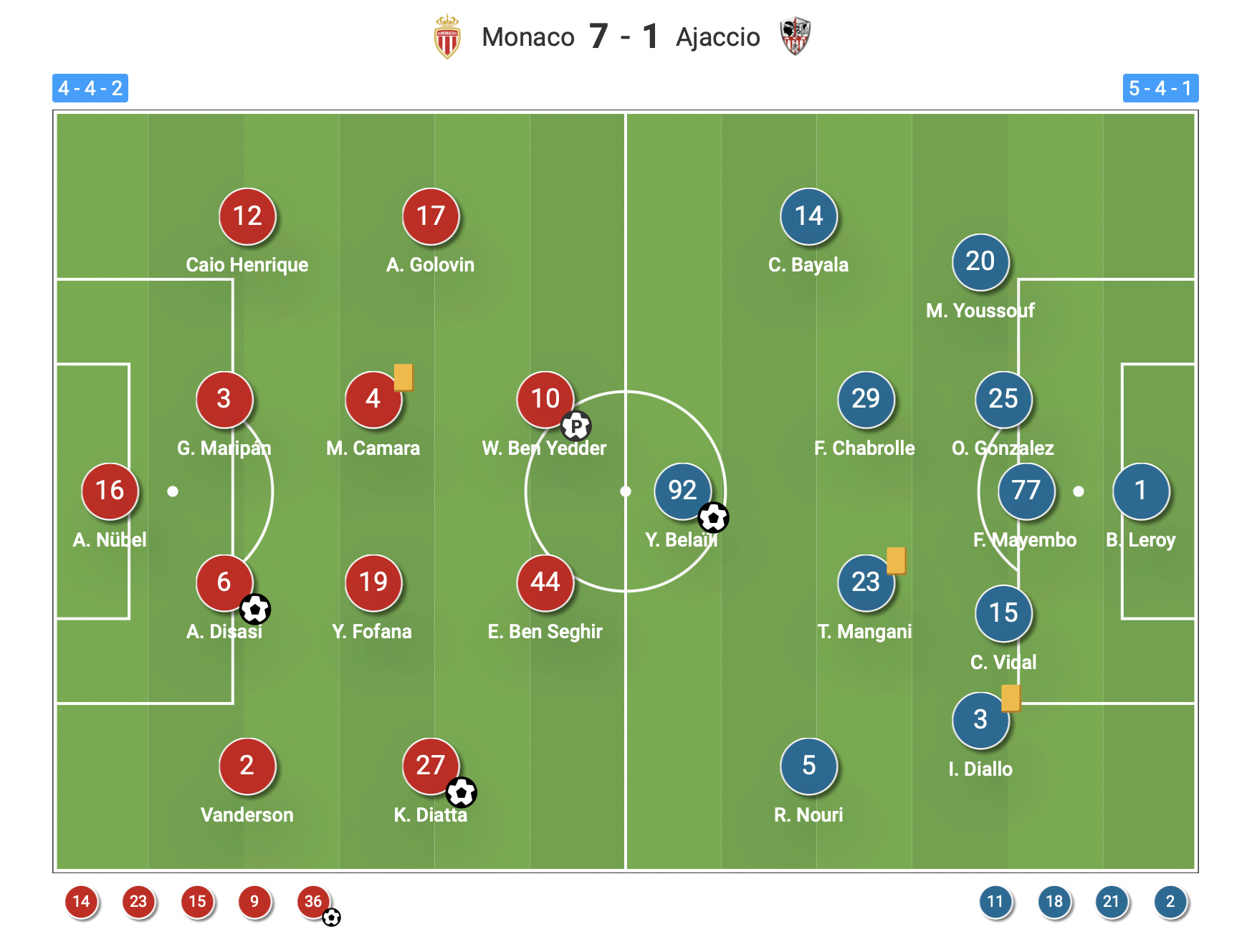 4-3-3: Tuchel has a tactical decision to make over tactics to...