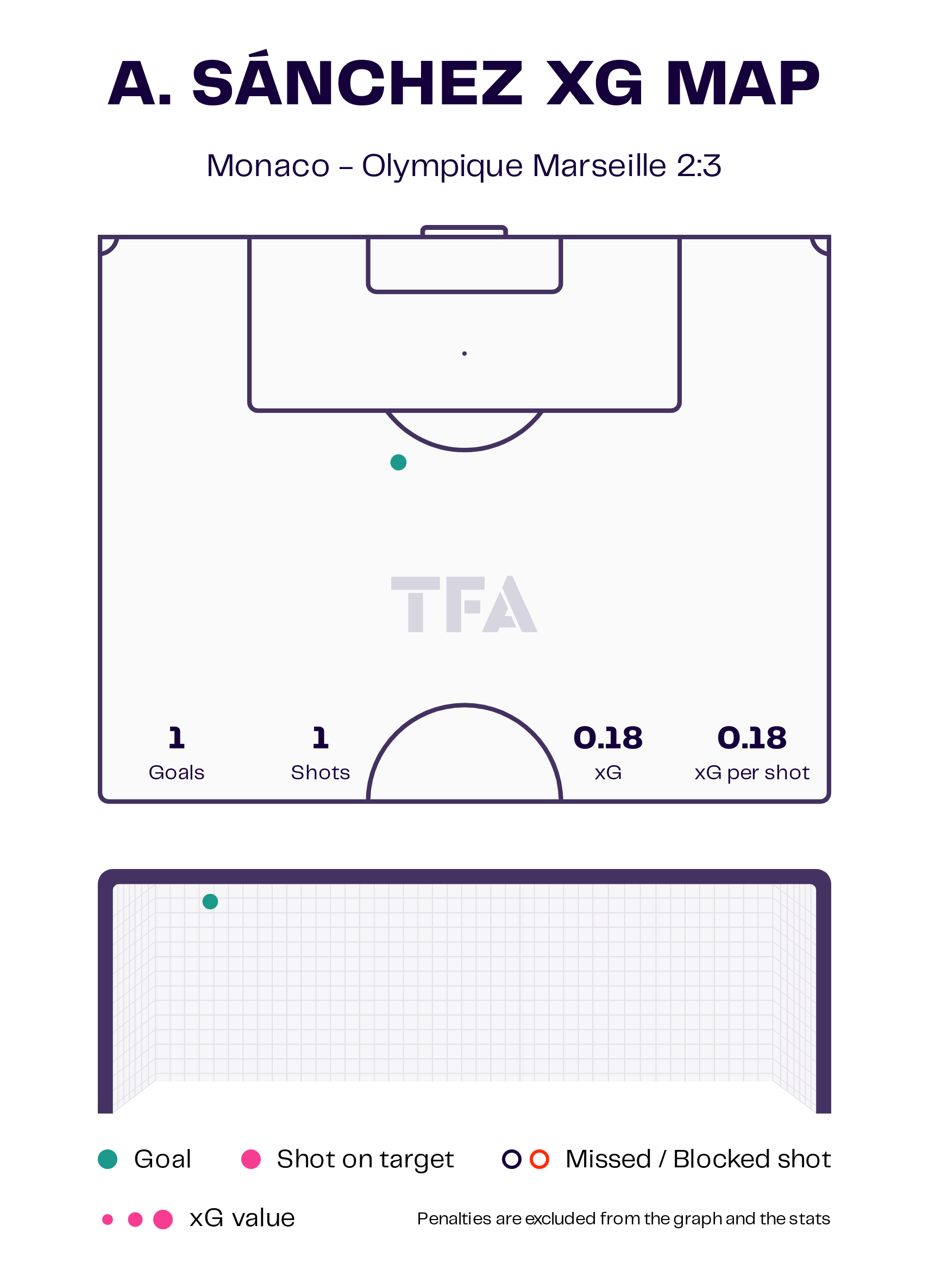 Alexis Sanchez’s goal helped his side beat Monaco. Alexis, who had a tough spell in Italy and in England (Manchester United), will be looking to rediscover his form, which he had with Arsenal. He has already scored five goals and will look to add more.

With that win, Marseille’s place in the top four doesn’t seem in danger as the teams go for the break. 11 points separate them from the first place; they’ll be looking to make up ground once they return.

Visuals via Wyscout and the TFA data viz engine