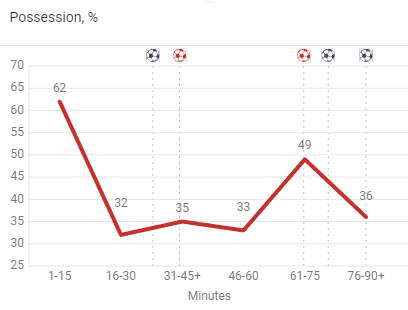 The home team had 40.31% of the ball. They had high possession of the ball at the start (52%). In the first 35 minutes, Sanchez opened the scoring when he coolly slotted past Monaco’s keeper from a freekick. In the 45th minute, Ben Yidder equalised for the home side. Between 61 and 75 minutes, they had 42% possession, but the home side had taken the lead through Kevin Volland. After 76 minutes, there was a decline in Monaco’s possession until 90 minutes (36%). They conceded two quick goals. one in the 82nd minute through Veretot, and the second they conceded at the death through Kolasinic.

“It’s a very special moment after a difficult month in January”...

Celtic seem to be interested in the Ligue 1 defender