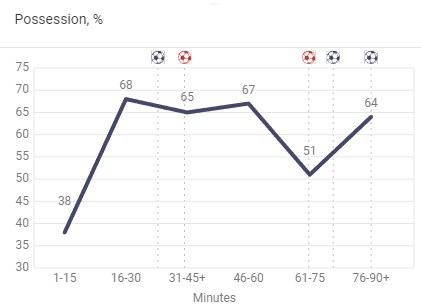 The away team had 59.61% of the ball. In the beginning, they had less possession (36%), and during the next 16–30 minutes, after scoring a goal, their possession grew at a steady pace. However, after 46–60 minutes, their possession took a dip, and they conceded a goal. After 75 minutes, it increased to 64%, and that’s when they scored two goals.

Betting sites are backing these Ligue Un sides for silverware

Campbell believes the Ligue 1 defender can go straight to the...