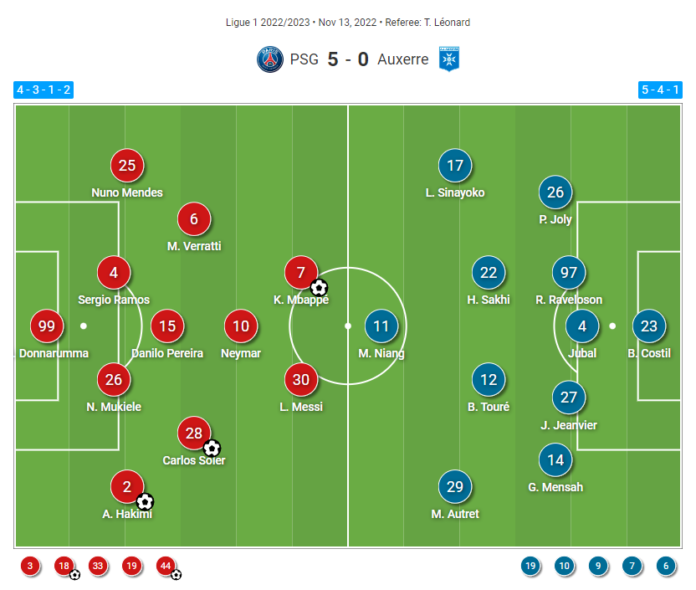 The match between PSG and Auxerre occurred at the Parc de Princes Stadium in Ligue 1. PSG is in first place in the standings, and Auxerre is in 17th place. They are one point above relegation. PSG was looking for a win and to extend their unbeaten run. Auxerre, on the other hand, were looking to salvage a draw or cause an upset so they could maintain their safety from relegation.

PSG won 5-0. Goals from Mbappe, Carlos Soler, Hakimi, Renato Sanches, and Hugo Ektike put daylight between them and the opponents.

We’ve broken down all the key stats for you to digest, including:

We also tried to answer some questions for you with the visuals.

Which Auxerre player made the most recoveries? What were the attacking zones for PSG?

To navigate the stats gallery, click on the numbers to move through the pages. 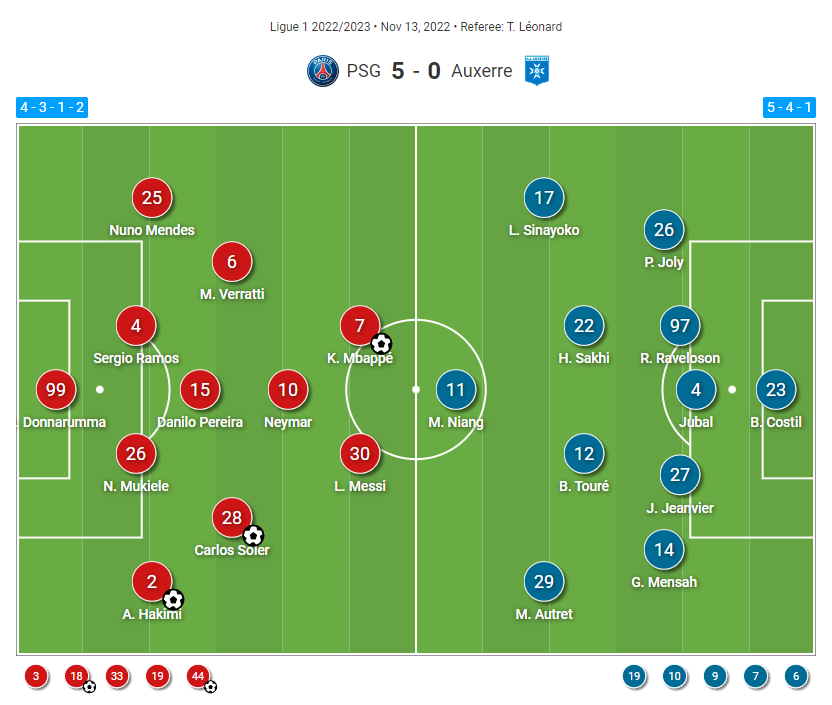 PSG vs Bordeaux : 1st vs Last

OL squad could be picked off in the summer