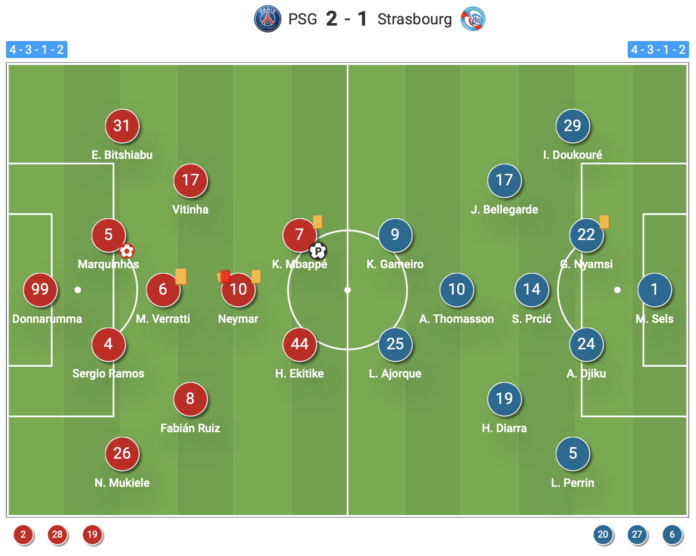 PSG captain Marquinhos scored at both ends against Strasbourg. A last-gasp Kylian Mbappe penalty secured the Ligue 1 leaders a 2-1 victory on Wednesday, even though they were reduced to 10 men midway through the second half after Neymar was sent off. Marquinhos opened the scoring by breaking free from his marker and heading in Neymar’s cross after 14 minutes. The Brazilian defender, however, deflected Adrien Thomasson’s cross into his own net in the 51st minute to leave the scores level. PSG tops the standings with 44 points, eight ahead of RC Lens, who have a game in hand. but with one more game played. Strasbourg are in 19th place.

What was the possession rate for PSG? Which Strasbourg player made the most recoveries? 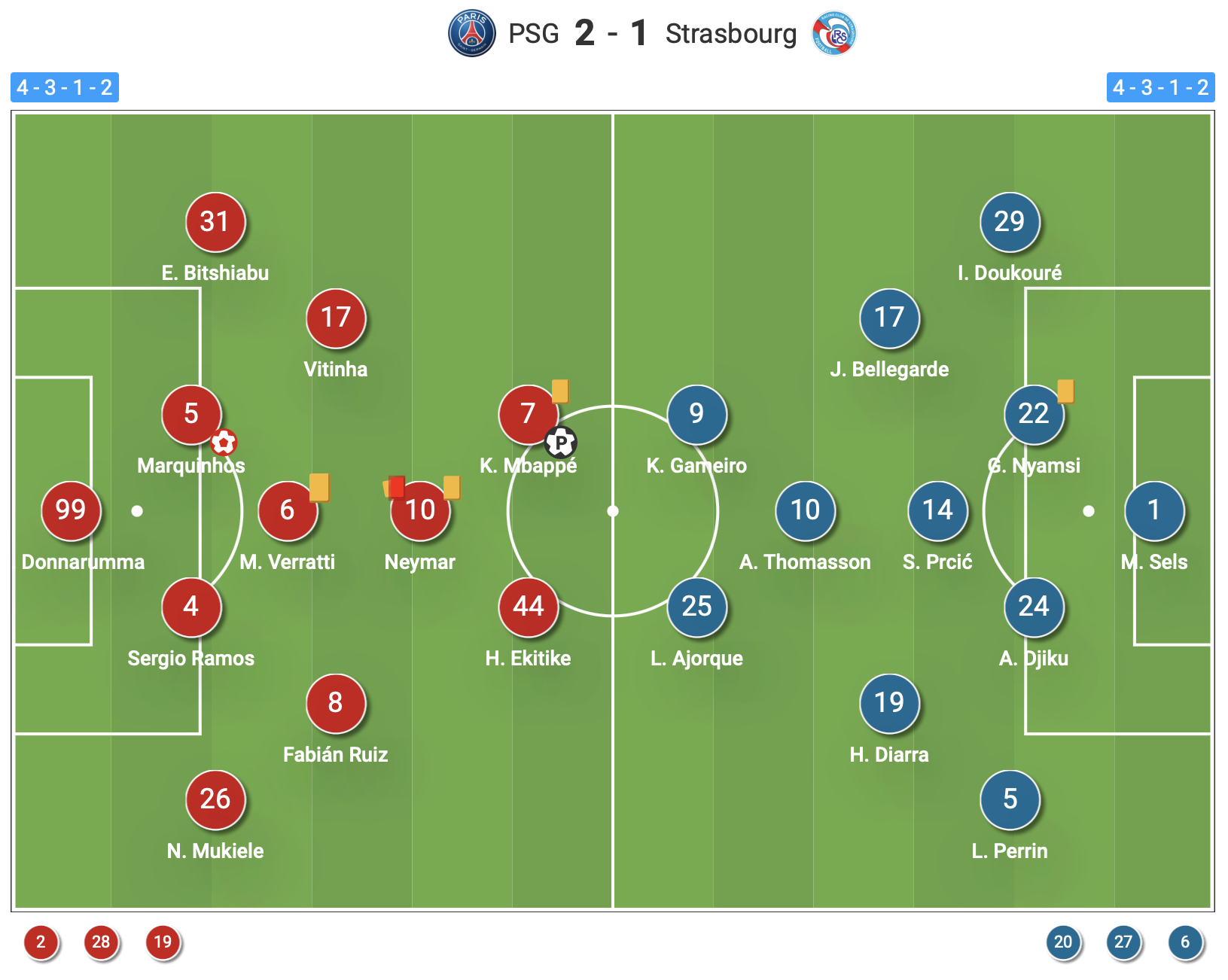 OL squad could be picked off in the summer