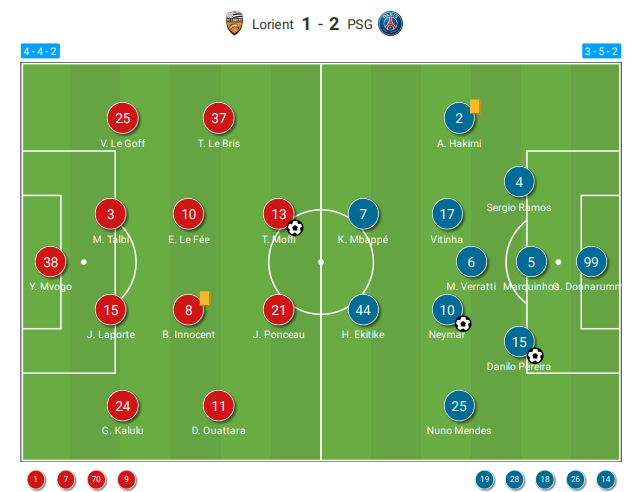 On Sunday night, there was a match between PSG and Lorient in Ligue 1. Earlier, Lens had already piled up pressure on PSG. PSG needed to win to maintain the momentum at the top of the table. They were coming off a victory in the Champions League. They beat Lorient 2-1, who slipped to sixth place after the defeat.

Which Lorient player made the most recoveries? What were the attacking zones for PSG?