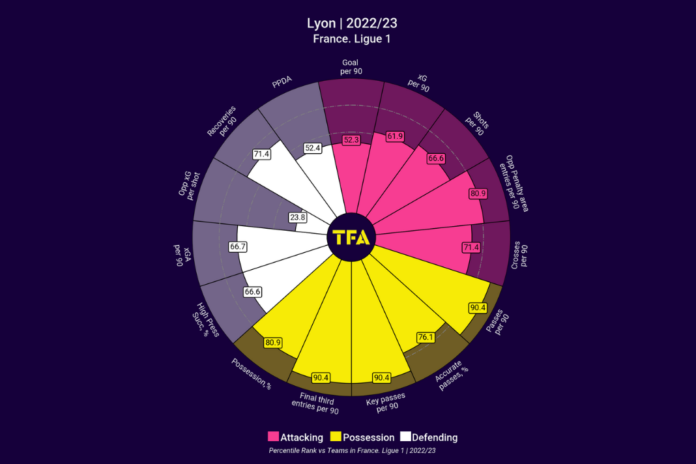 Lyon enjoyed a solid start to their league campaign but dropped off the pace, consequently falling behind in the race for Europe. They played out a 1-1 draw against OGC Nice in their last Ligue 1 outing and looked set to head towards defeat before Alexandre Lacazette levelled the scores from the penalty spot late in the game. Lyon are on a run of back-to-back unbeaten outings and have lost just one of their last five games across all competitions. They have only lost one home game this season and will be confident going into the midweek match. We now look at some of the stats that show how Lyon managed to perform this season. 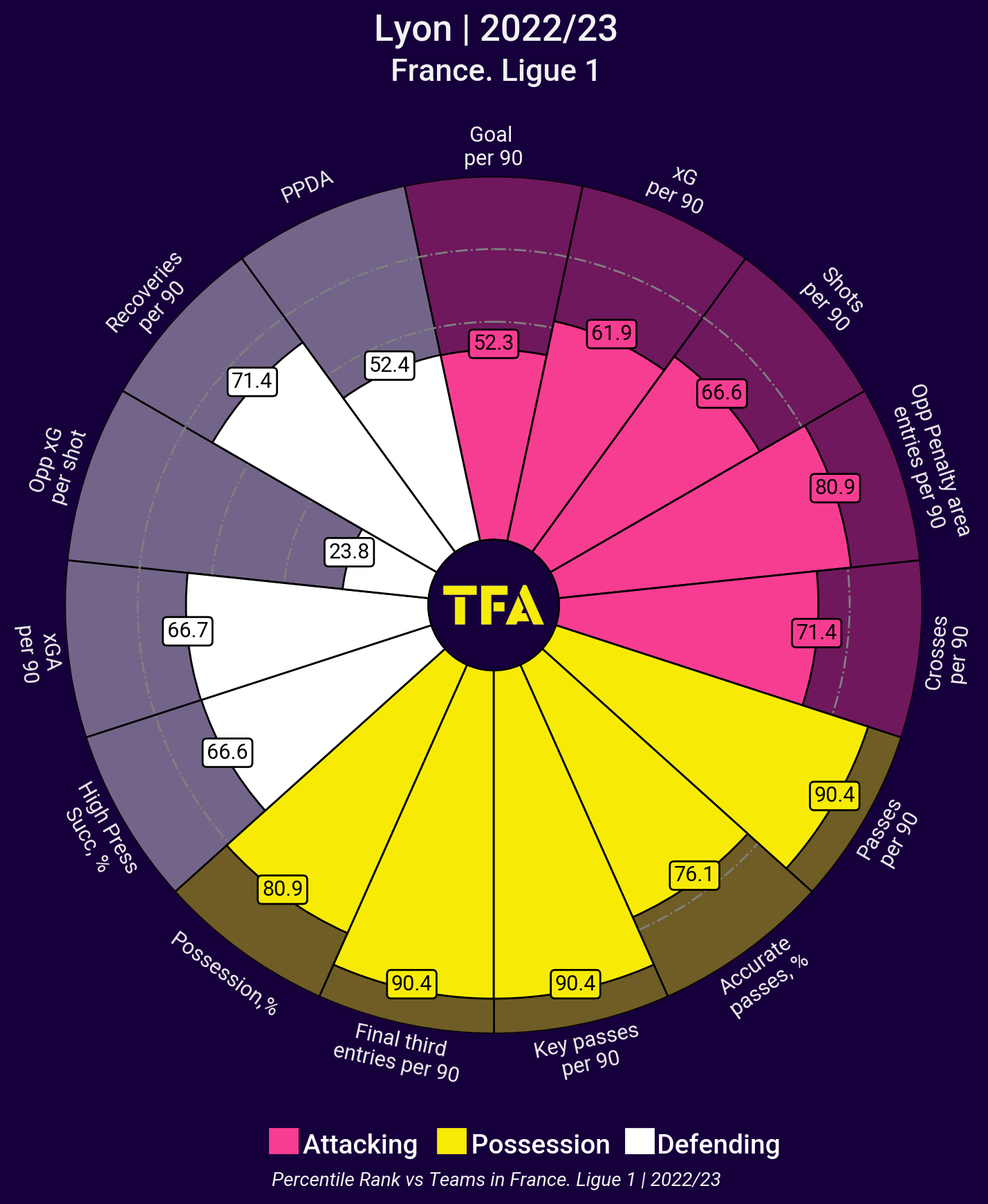 Lyon football club are nicknamed “Les Gones (The Kids)”. They play their home matches at the Stade de Gerland. The above viz shows the percentile rank of the team in comparison to other teams in Ligue 1. It can be observed that the team is well-ranked in the division. They have done well to pass the ball and score goals. But the percentile rank in other departments like attack, goal contribution, and xG is a bit disappointing. 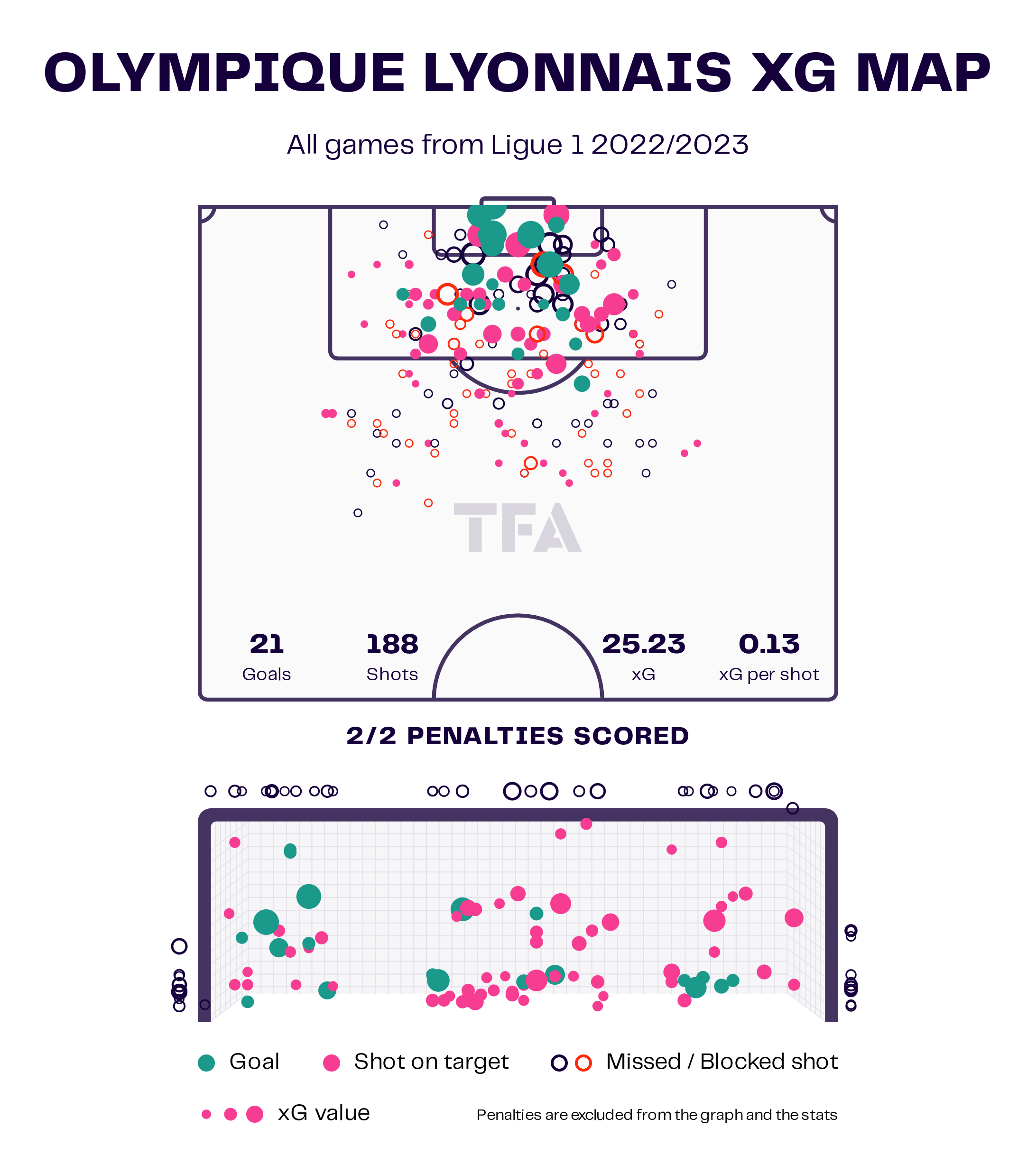 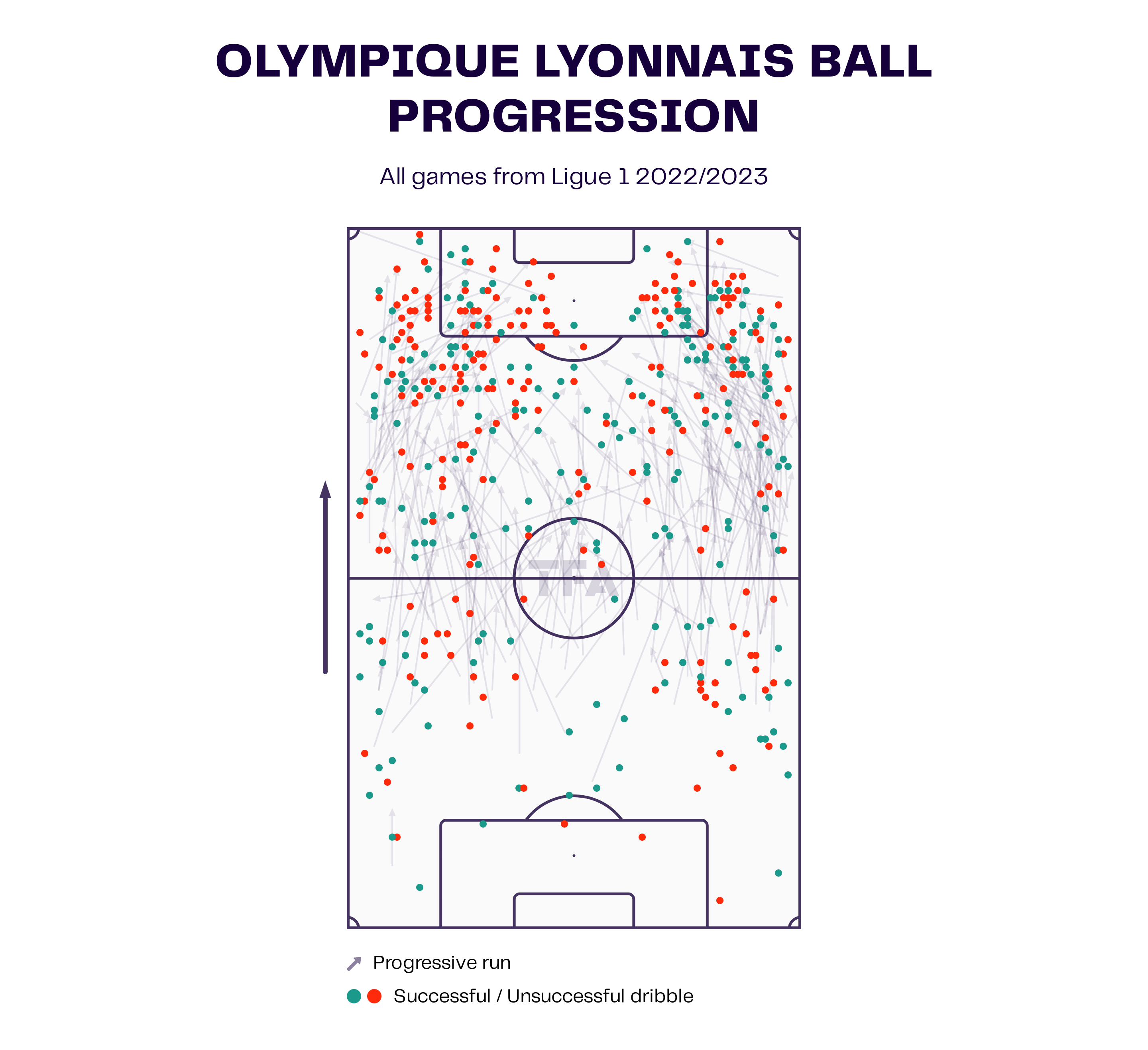 The above viz is a representation of ball progression made by the team in the current season. It can be observed that Lyon does not use much of the central attacking line and instead prefers to move up the pitch using wider areas. 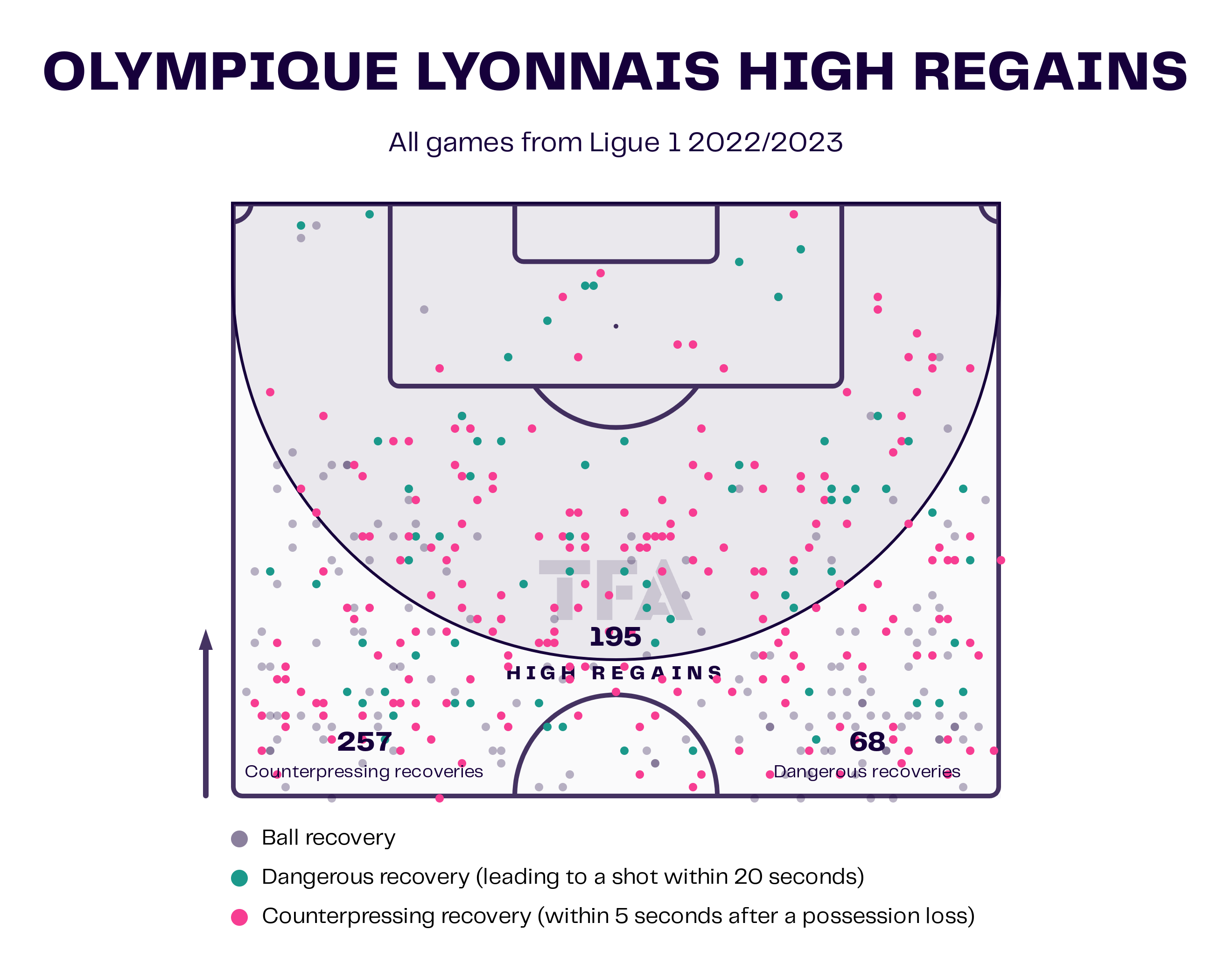 The above viz shows the total number of high regains made by the team in the opponent’s half. In all, Lyon have made 195 high regains so far in the 2022–23 Ligue 1 season. In terms of dangerous recoveries, Lyon have made a total of 68 for the same. Also, the team has managed to complete 257 counter-press recoveries, which is a decent sign in terms of putting pressure on the opponents. 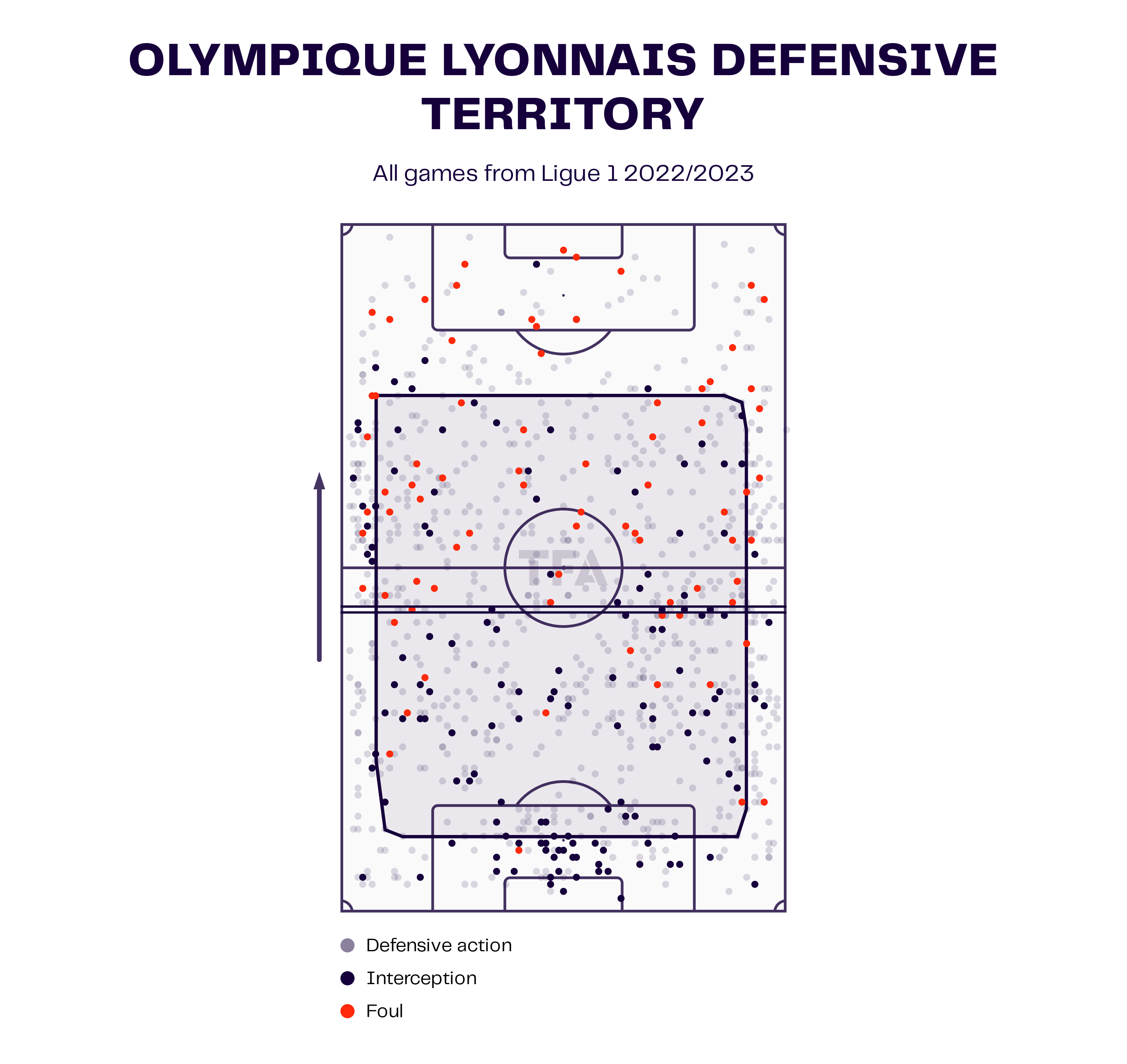 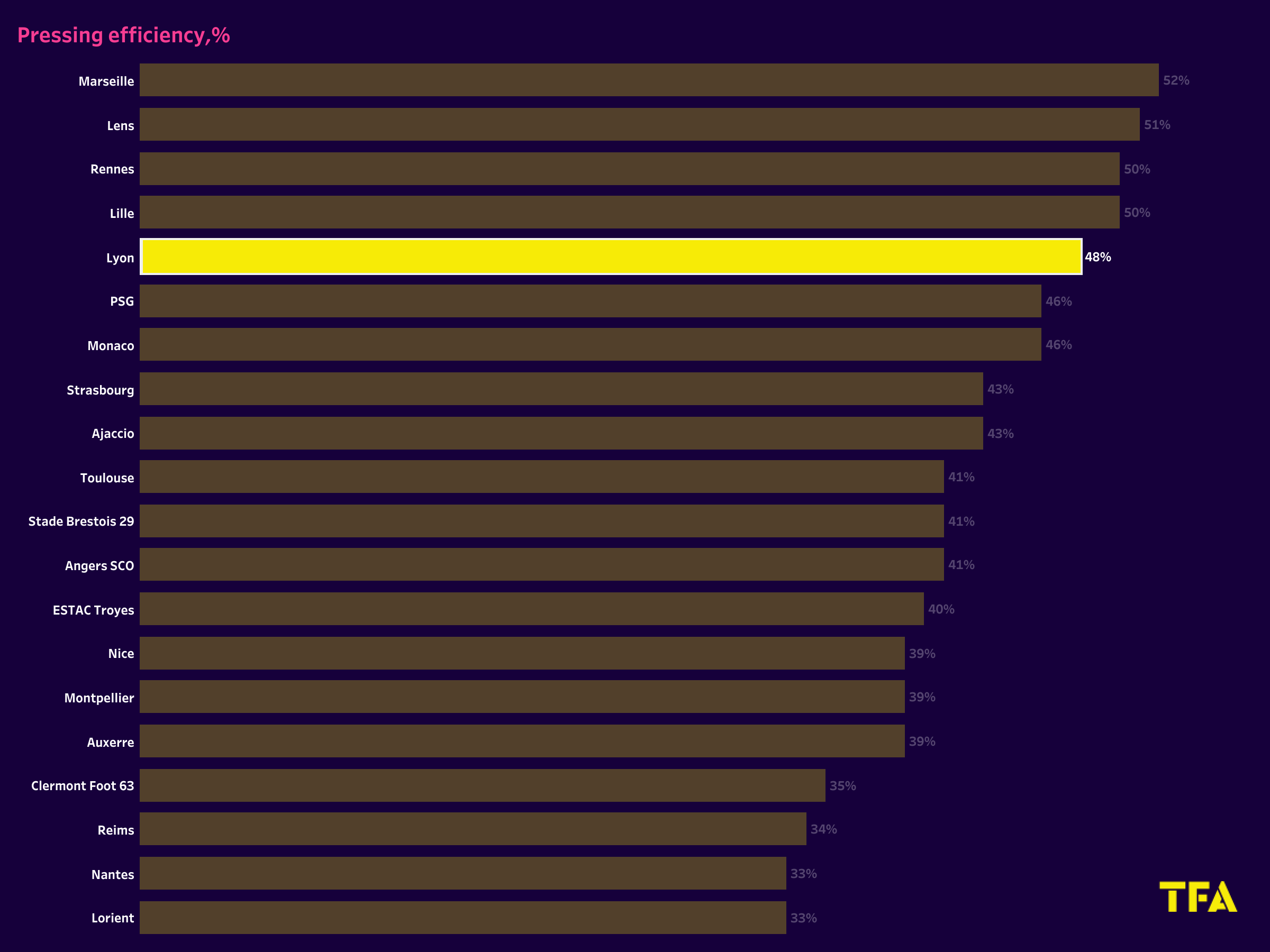 Lyon are ranked fifth in Ligue 1 for overall pressing efficiency. They have an efficiency of 48% and are behind the likes of Lens, Rennes, Marseille, and Lille. Having an efficient press means they are not letting opponents break the lines easily. It also shows their intent to have the ball and maintain long-term possession during the game.

Lyon will play their next fixture on December 28, 2022, against Brest at Stade Francis-Le-Blé in the French Ligue 1. Lyon will be looking to bounce back in the second half of the season. They would want to make themselves a contender for a European spot, which they have claimed plenty of times in the past few seasons. It will be interesting to see how Lyon moves forward in the second half of Ligue 1 in 2022/23.

Transfer Analysis: Why the versatile Evertonian defender could be heading to...