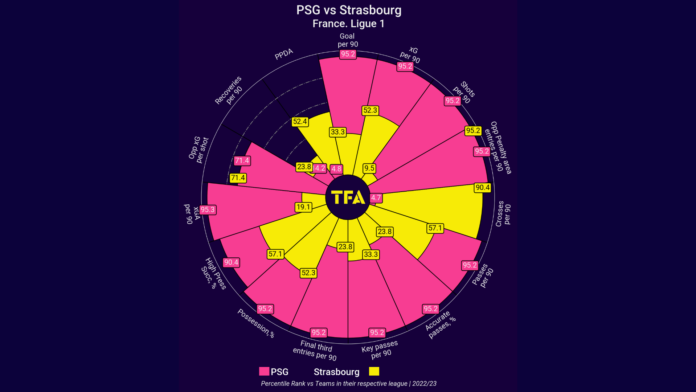 The Ligue 1 2022/23 season resumes after Christmas with PSG playing Strasbourg at the Parc des Princes on matchday 16. PSG enjoys the top spot in the league, whereas Strasbourg are fighting for their fate.

A five-nil thrashing of Auxerre just before the World Cup break marked PSG’s seventh consecutive win in all competitions. Galtier’s side are still unbeaten this season, taking 41 points from the 45 on offer in Ligue 1. PSG leads after 15 games, with 41 points. They have a goal difference of 34, scoring 43 and conceding just nine so far.

Strasbourg has won just one of their Ligue 1 games so far this season. Currently, Strasbourg are living very dangerously indeed and have entered the World Cup break without a win in five competitive matches. They are in 19th place with only 11 points after having played 15 matches. Strasbourg have scored 17 goals and conceded 26.

Below, we will look at both teams’ stats from the current season and provide a match preview for PSG vs. Strasbourg. 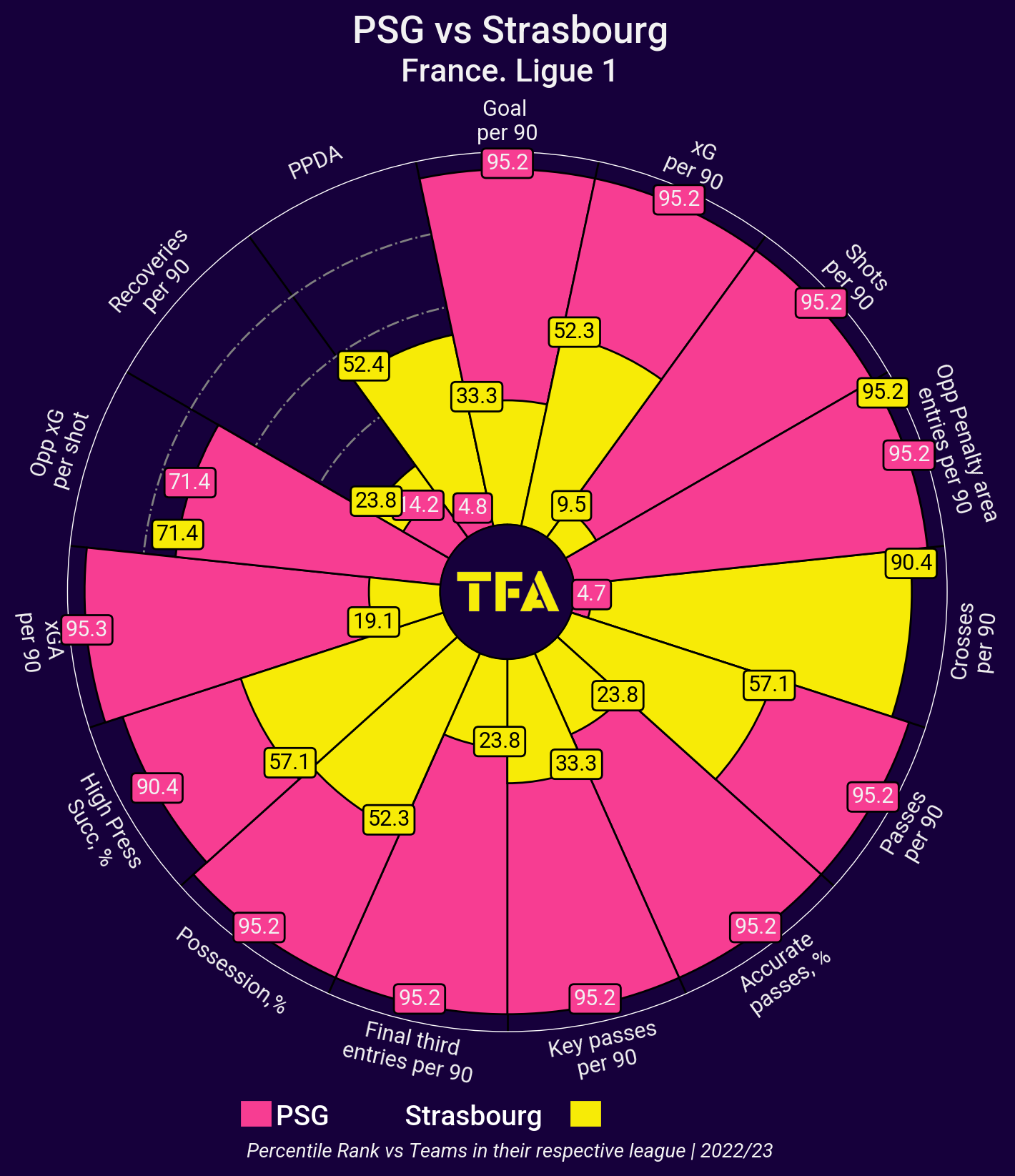 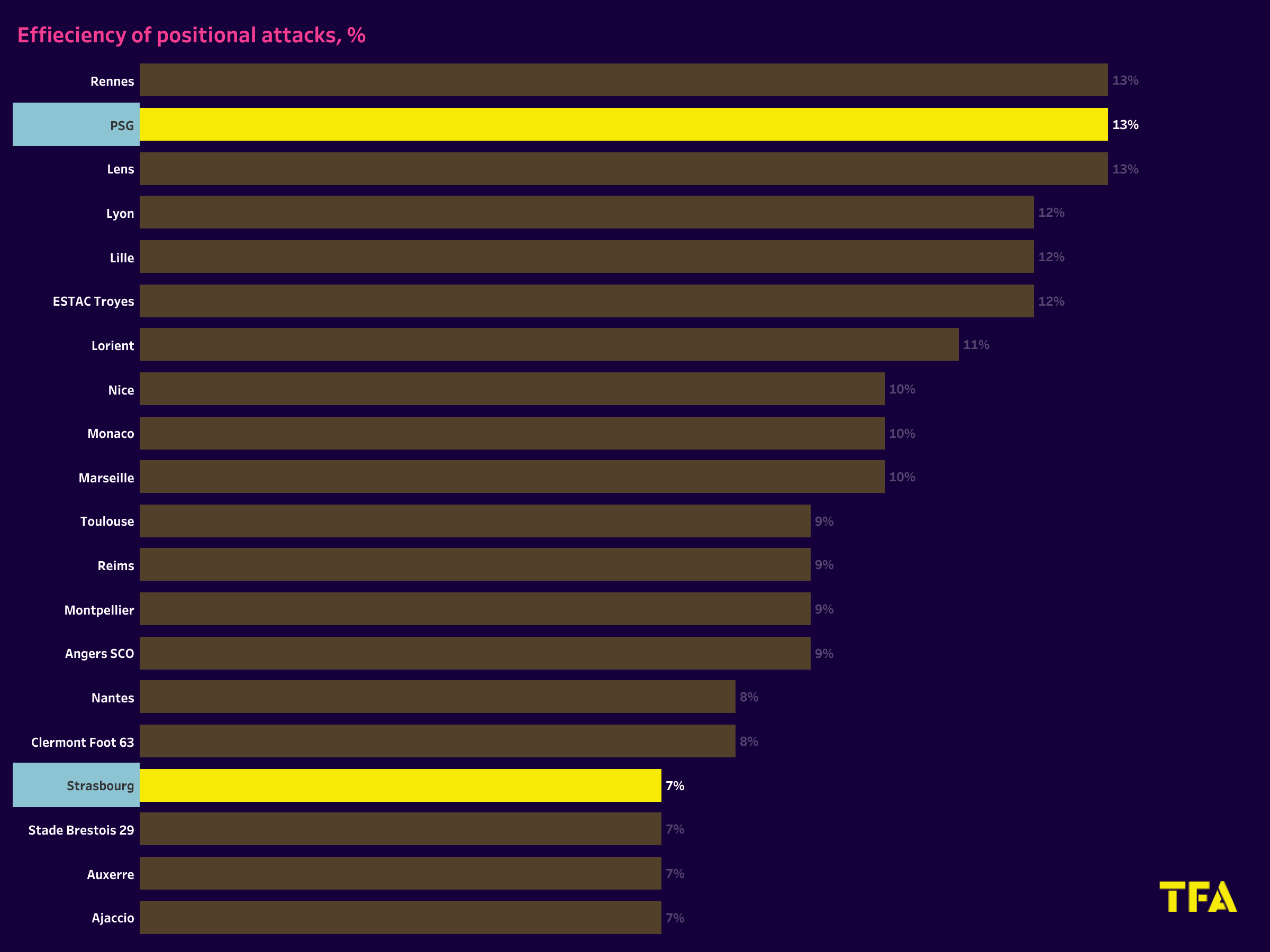 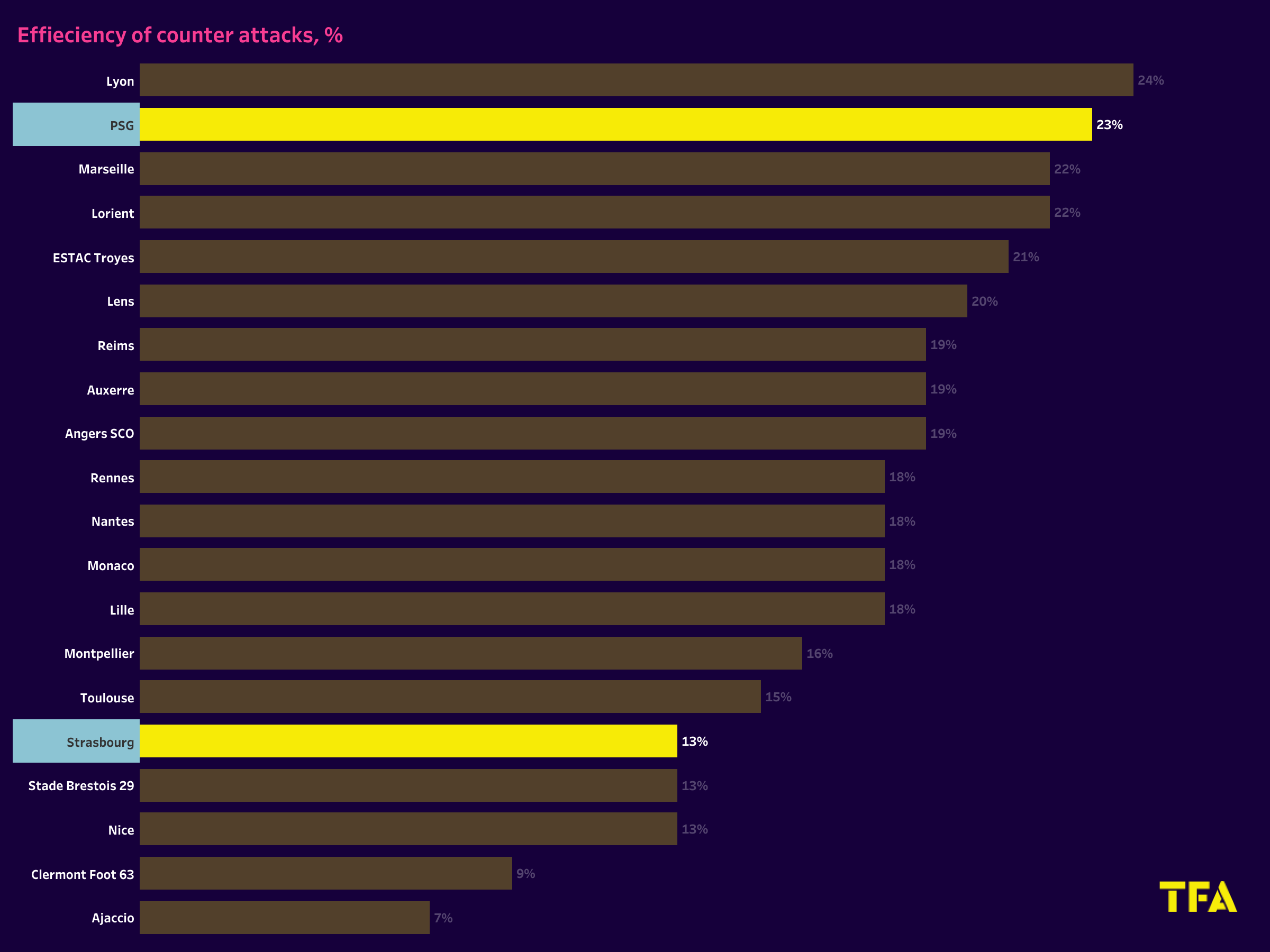 PSG are a very efficient side when it comes to the attacking department. PSG have the joint-highest efficiency in positional attacks and ranks second in terms of counterattacking efficiency in Ligue 1. PSG will be looking to dominate possession in this match.

Strasbourg, on the other hand, lacks the necessary efficiency in both departments. They are a team that has not been able to perform well at all this season and is currently sitting in the bottom two of the standings. 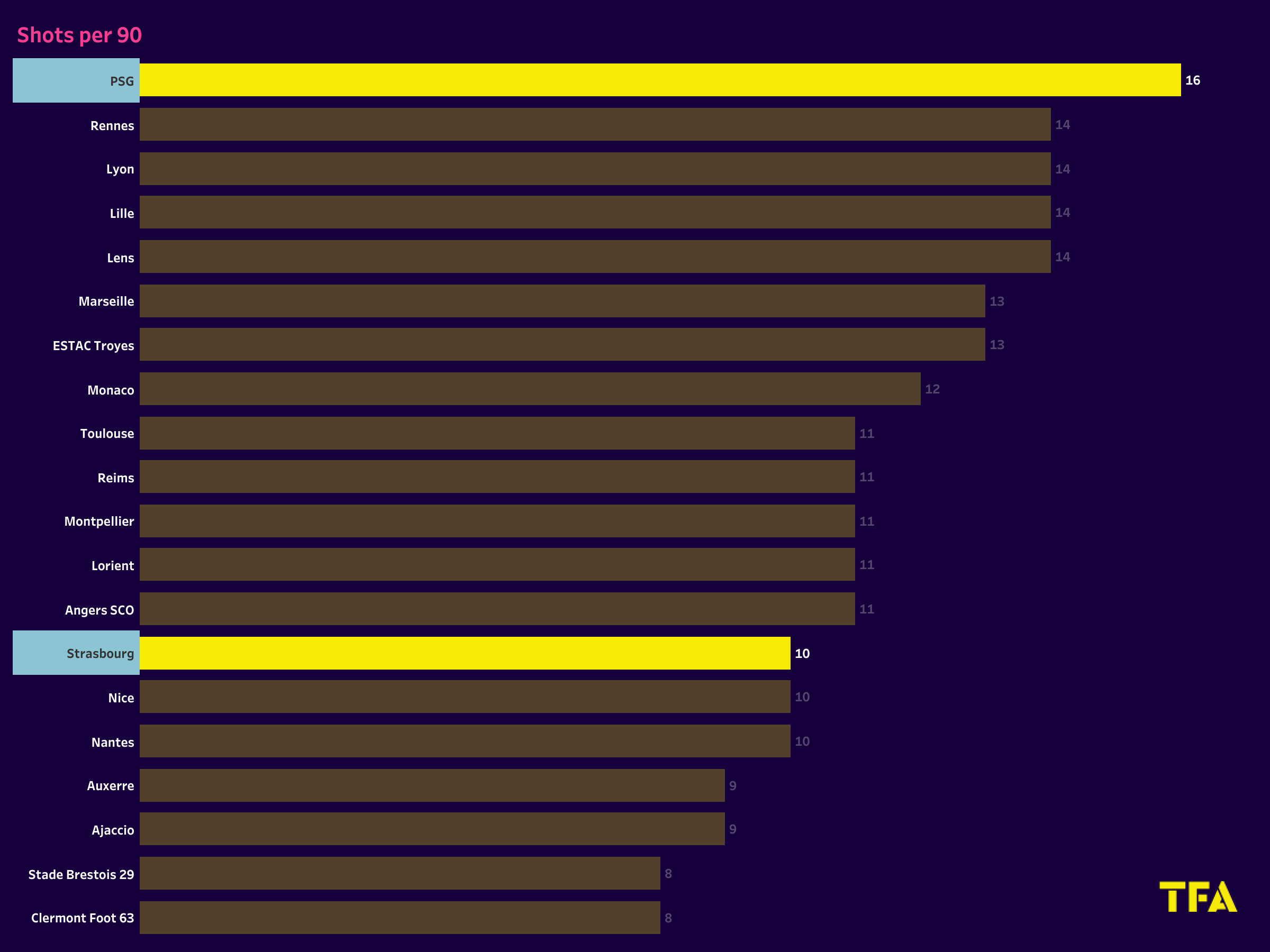 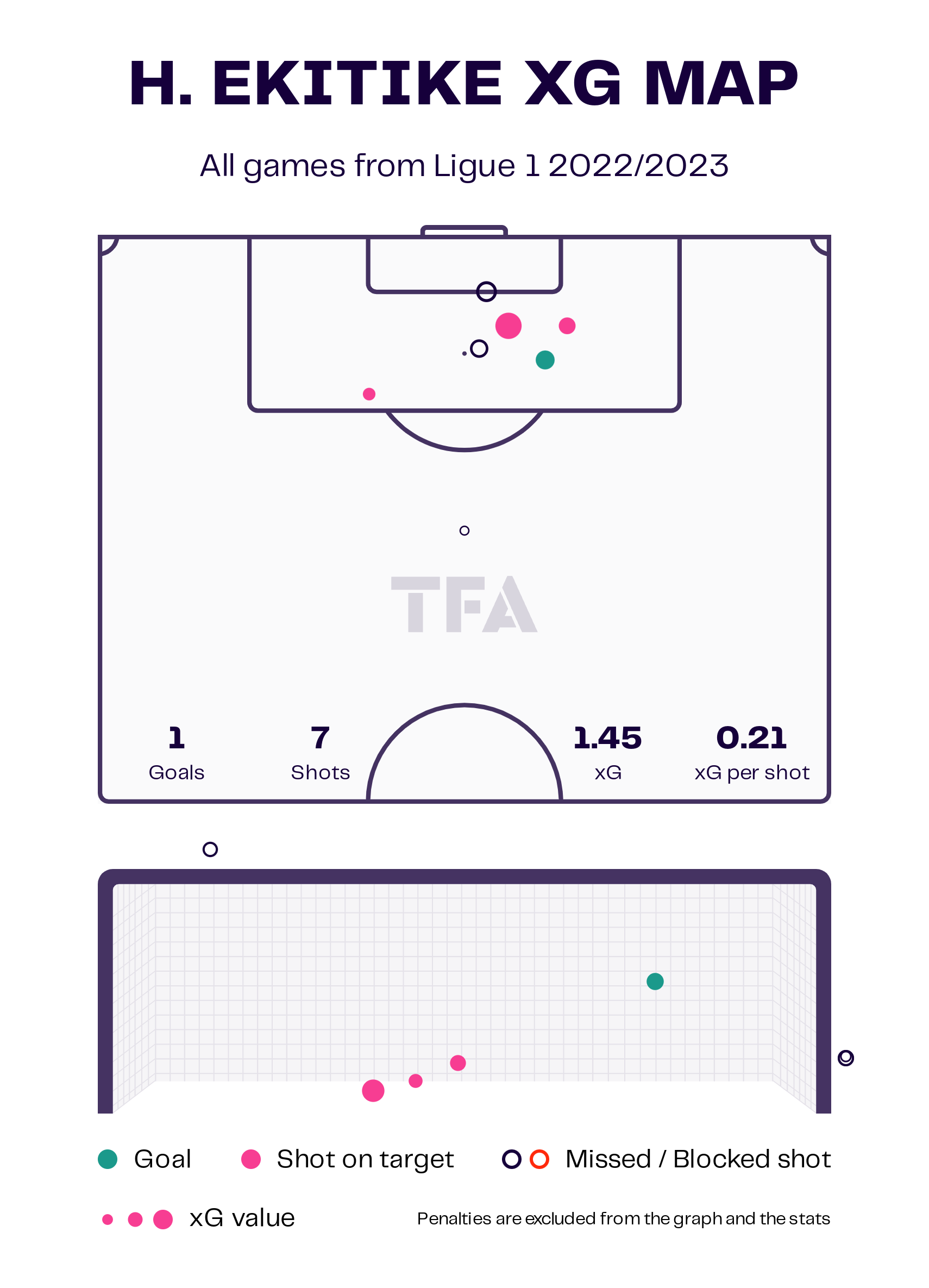 Mbappe may have jetted back to Paris, passing up the holiday his World Cup exertions warranted, but Galtier might not risk his World Cup Golden Boot winner from the start, turning instead to his even younger deputy. In the 2022–23 French Ligue 1 season, Hugo Ekitike has played two matches (plus seven as a sub). They have three shots on target from a total of five and have scored one goal (1.19 xG). Hugo Ekitike averages ten passes per game with an 88% completion rate and two assists. 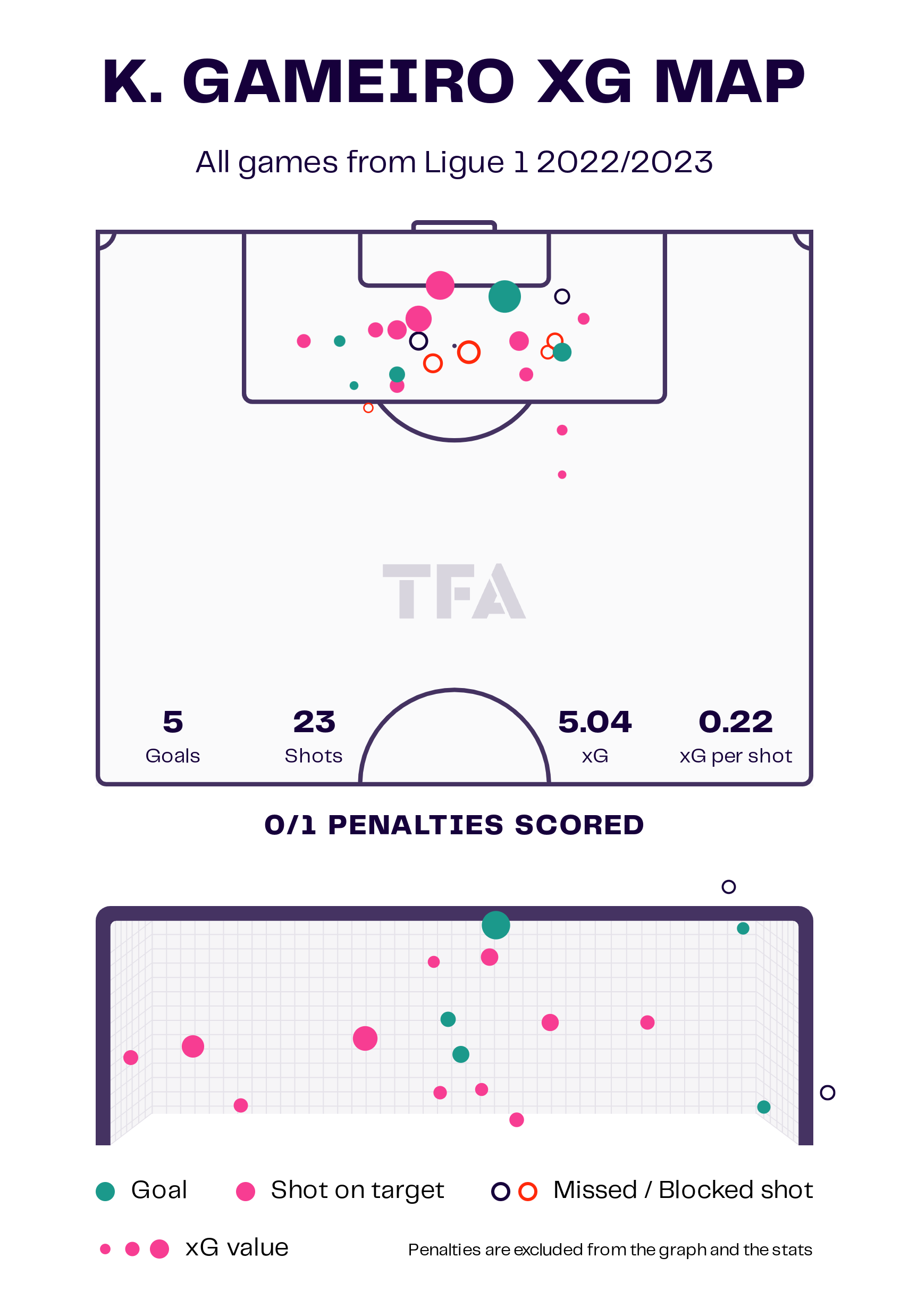 Kevin Gameiro is a striker for the French Ligue 1 club Strasbourg. The France International is currently 35 years old. In the 2022–23 French Ligue 1 season, Kevin Gameiro has played 12 matches (plus three as a sub). They have 16 shots on target from a total of 18 and have scored five goals (4.46 xG). Kevin Gameiro averages 28 passes per match with a pass completion rate of 81% and zero assists.

With no Messi available to complete the attacking trifecta with Mbappe, Neymar, and Carlos Soler, they could be given the nod in a more advanced role, unless Galtier opts to take a punt on Hugo Ekitike in the final third.

As for Strasbourg, an end to their six-year run in the top flight could befall the visitors unless results pick up in the New Year. They will be looking to survive the battle for relegation this season, and any point against the leaders may prove to be decisive.

Under the Microscope: How Junya Ito is leading Reims to safety