In one of the more well-rounded groups of the UEFA Champions League group stage, Benfica travelled to Groupama Stadium midweek to face off against Olympique Lyon in the fourth round. Lyon have had a mixed string of results this season, currently sitting 10th in Ligue 1 despite scoring the second-most goals in the league alongside 15th-placed Monaco. Benfica, on the other hand, are firing on all cylinders under manager Bruno Lage: they had won their previous five matches with a goal ratio of 13:1 in that span, and have lost just once in the Portuguese first division this season. They are atop the league in goals scored (23) and least goals conceded (3). This crucial away match, however, resulted in an uneasy loss, which severely damaged the Eagles’ chances of advancing in the Champions League. This tactical analysis will examine Benfica’s tactical faults and explain the strategies behind Lyon’s convincing performance. 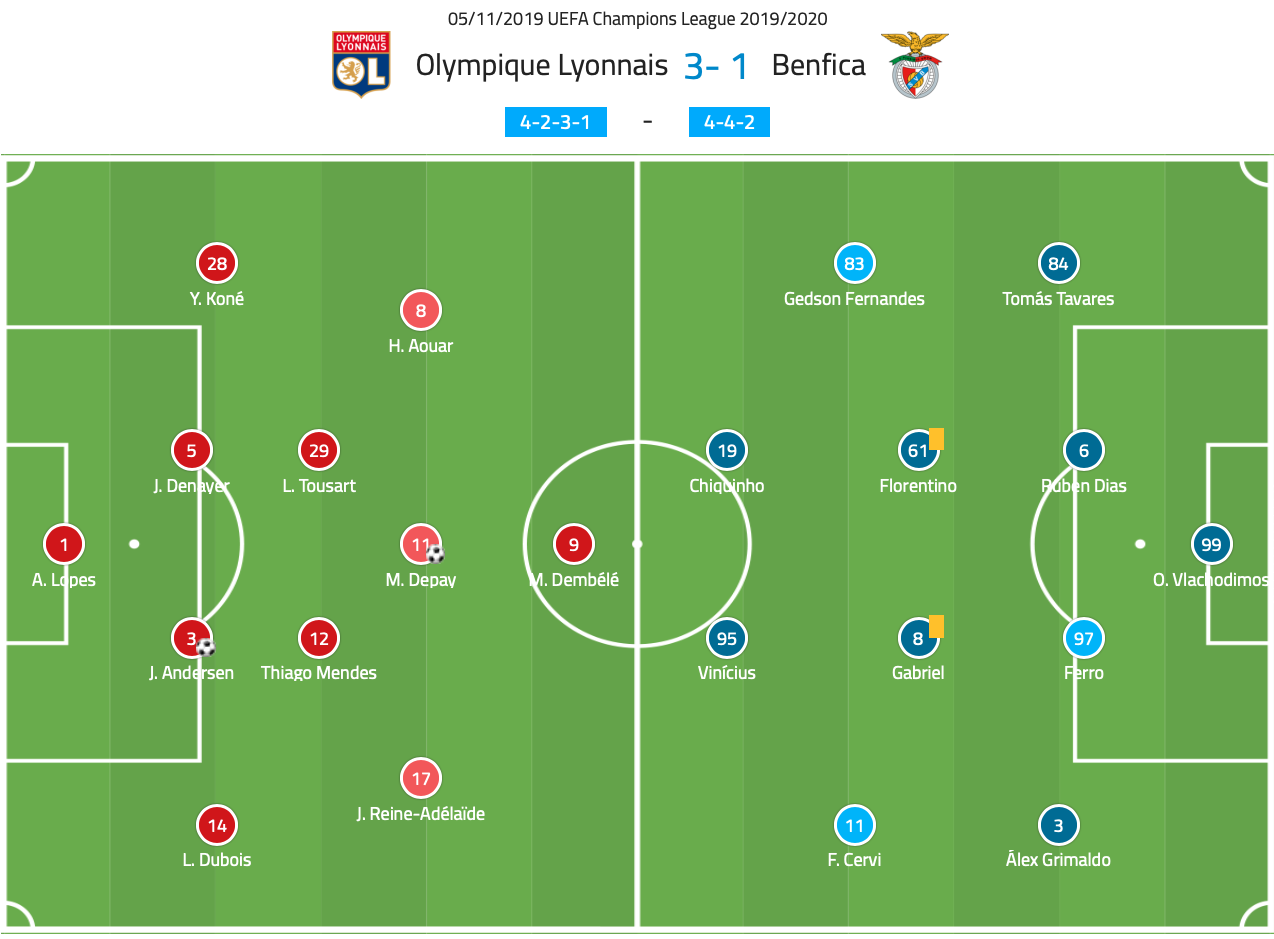 Lyon manager Rudi Garcia has played various starting lineups throughout this Champions League season. In this match, he opted for a slightly more balanced group. The back line included Joachim Andersen and Jason Denayer, both of whom would be a major part of Lyon’s buildup. Thiago Mendes and Lucas Tousart began as the defensive midfielders, with Jeff Reine-Adélaïde and Houssem Aouar out on the wings next to Memphis Depay. Moussa Dembélé started at striker after a strong season start which included eight goals in 11 league matches.

If you want to read the full tactical breakdown of this game, head over to totalfootballanalysis.com or click HERE

If you love tactical analysis, then you’ll love the digital magazines from totalfootballanalysis.com – a guaranteed 100+ pages of pure tactical analysis covering topics from the Premier League, Serie A, La Liga, Bundesliga and many, many more. Buy your copy of the October issue for just ₤4.99 here

‘Has all the attributes’ – Sagna praises Saliba